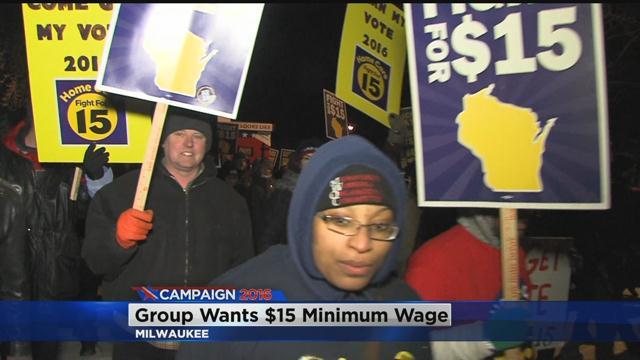 Protesters began blocks away from the debate before making their way inside.  This group Fight for 15 says they are  protesting because they want their voices heard on a national level and they want these candidates to make the change.

This large group of people, chanting not only because they feel a 15 dollar minimum wage is appropriate but also in support of immigration rights and the Black Lives matter movement.

They walked nearly a mile to the Democratic debate saying everyone moving together symbolizes a large movement, similar to what they're fighting for.
They say gathering together like they did Thursday is what makes them stand out from others who are OK with just the status quo.