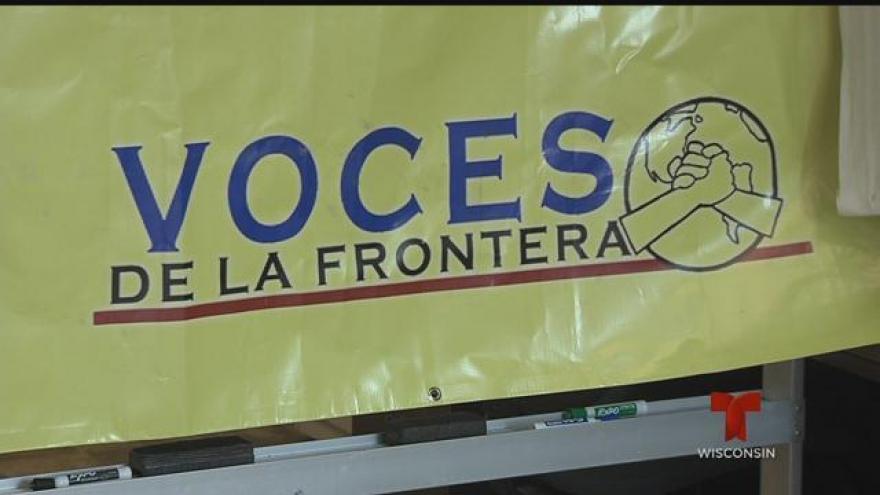 Protestors across the state boarded buses for a trip to Madison Wednesday morning. The event was organized by the immigrants’ rights group Voces de la Frontera.

Protestors voiced their opinions on two issues, to put a stop to AB 190 and to have driver cards returned to Wisconsin immigrants.

AB 190 is a bill that would allow local law enforcement to act as ICE agents.

Protesters visited legislator offices and handed them a milk carton with a “Got Milk?” sticker.

Organizers say the sticker was to prove the prove the point that without immigrant workers there would not be milk in Wisconsin, since majority of milk farm employees are immigrants.

In 2007 the state took away driver cards for Wisconsin immigrants. Now, some farm owners are even urging legislators to return those permits, claiming that they would provide a safe and secure means of transportation for their workers.

“Right now they just drive because there is no other option,” says dairy farm owner John Rosenow. “How do you get to work? How do you get groceries? You drive without any training at all. It would be safer for everyone and it would be a lot less hassle for our local law enforcement.”

During the rally Democratic representatives who are in favor of returning those driver cards said that at the moment, there is no support on the issue from Republican representatives.