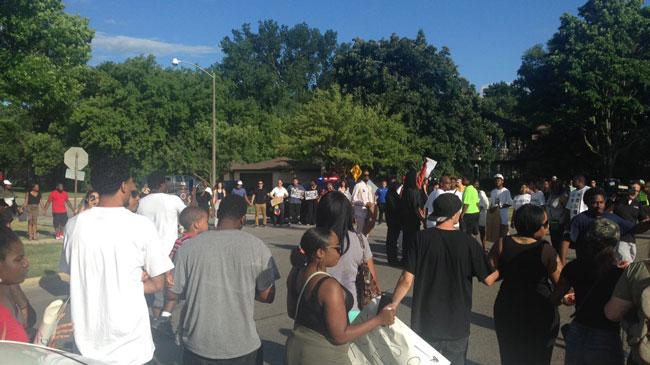 Protesters Friday went from the Wauwatosa Police Station to Mayfair mall where the streets were backed up as police blocked the streets.

After Mayfair Mall protestors then walked back to the police station.

A recent deadly officer-involved shooting here in Wisconsin led to a scheduled rally at the police station in Wauwatosa this afternoon.

A man was shot by an officer last month as he slept in his car in Madison Park.

Before the march CBS 58 saw one tense moment where people got in an officers face.

Some people are wearing Justice for Jay shirts in support of the man family and friends say was killed in an officer involved shooting on June 23.

An Anderson family spokesman said this demonstration was not organized by the family and said he's not worried about it sending the wrong message because the Anderson family is still grieving.

"It's not disrespectful at all. They took it upon themselves to show support for the family… that's what the family needs right now support. Whether it's coming from this organization or another organization this about support for that family right now. They're in need and they need as much support as they can get,” said Shawn Moore, Anderson family spokesman.