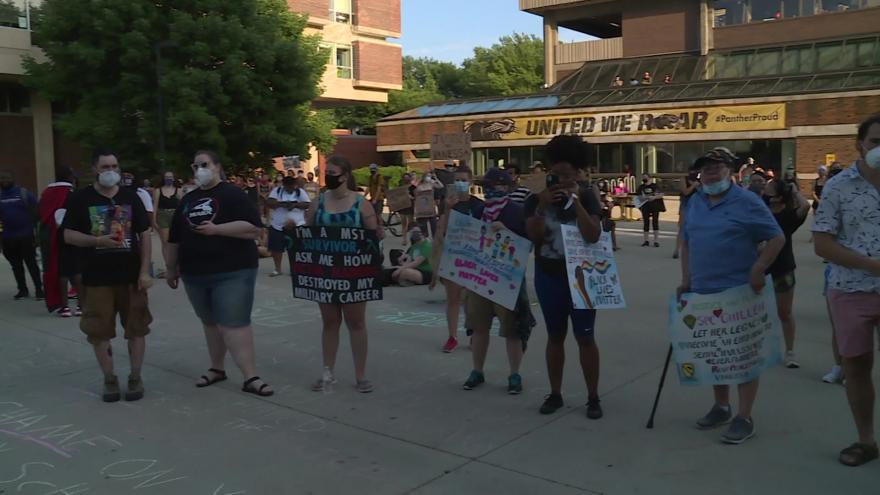 Protesters want Professor Betsy Schoeller fired for comments she made on social media.

Schoeller posted about Vanessa Guillen, who was found dead at Fort Hood and is believed to have been killed over a sexual harassment allegation.

Protesters say Schoeller's post about the incident was wrong.

Schoeller says her comment was interpreted out of context.

She says she was making a point about what women face in a culture of sexual harassment and misogyny.