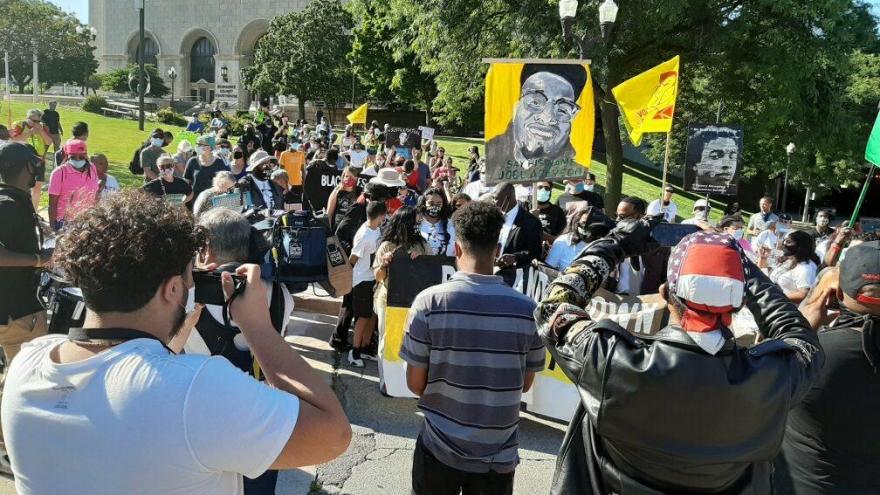 MILWAUKEE (CBS 58) -- Activists in Milwaukee took to the steps of the county courthouse Monday, July 13, to protest the death of a man killed by an off-duty police officer.

Protesters are demanding justice for Joel Acevedo, who was killed three months ago.

Officer Michael Mattioli has since been charged with Acevedo's death, but has not been fired from the Milwaukee Police Department.

Acevedo's family is calling on authorities to release body cam footage and the 911 call from the incident that led to his death, along with Mattioli's dismissal.