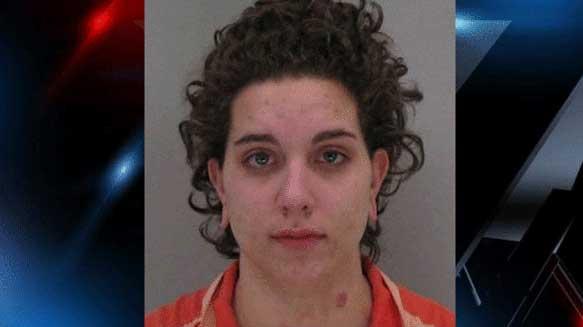 WAYNESVILLE, N.C. (CBS NEWS) – A North Carolina woman pleaded guilty Monday to shooting her father while he was napping and later moving her friends into his house for parties, reports the Asheville Citizen-Times.

According to the newspaper, Crystal Brooke Howell, now 20, was convicted of first-degree murder in the Feb. 24, 2014 death of Michael Joseph Howell, 50. She was 17 at the time of the crime.

CBS affiliate WRDW reports that according to the prosecutors, Howell hid her father’s body inside a plastic container in the family’s storage shed. About a month after his death, authorities were called to the home after guests found his body. A day after that, on March 23, 2014, Crystal Howell was arrested in Richmond County with her father’s Land Rover and a U-Haul trailer full of items.

“Miss Howell had previously told her friends that her father had killed himself,” Assistant District Attorney Jeff Jones said, according to the Citizen-Times. “She then started to drive his car and spend his money. She had her friends move in, had a drug-fueled party and even had a stripper pole installed in the kitchen.”

Howell’s attorney reportedly told the court her client had a mental health history.

WRDW reports that Howell was sentenced to serve at least 25 years in prison before she can apply for parole.