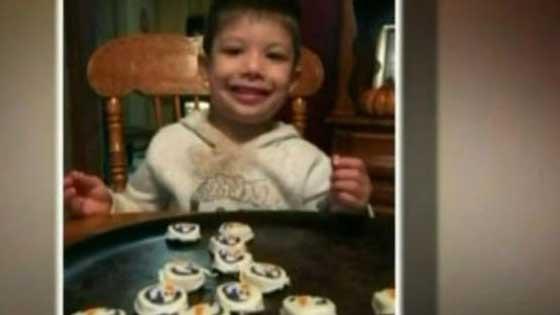 CAMDEN, N.J (CBS NEWS / KYVW). -- Prosecutors say the father of a 3-year-old boy found dead in a New Jersey park last year killed the child because he had become an impediment to his relationship with a teenage girlfriend.

Brendan's 22-year-old father, David Creato Jr., was arraigned Tuesday on murder and child endangerment charges. His bail was set at $750,000.

Prosecutors say Creato's girlfriend resented his dealings with the boy's mother, with whom he shared custody.

Section Chief Christine Shah told the judge that DJ Creato began dating a 17-year-old over the summer who didn't like Brendan. Shah said the two exchanged thousands of text messages and multiple times the 17-year-old asked DJ Creato to be alone when she came to visit. Shah pointed out that DJ told investigators he went to bed October 12 at around 10, but was contacting his girlfriend just after 1:30 Tuesday morning, a few hours before Creato called 911 reporting his son missing.

Brendan's body was found Oct. 13 in Cooper River Park about three hours after his father reported him missing from his Haddon Township home.

Creato's attorney, Richard Fuschino Jr., says that the prosecution's case is "weak" and that he will "vigorously" defend his client.