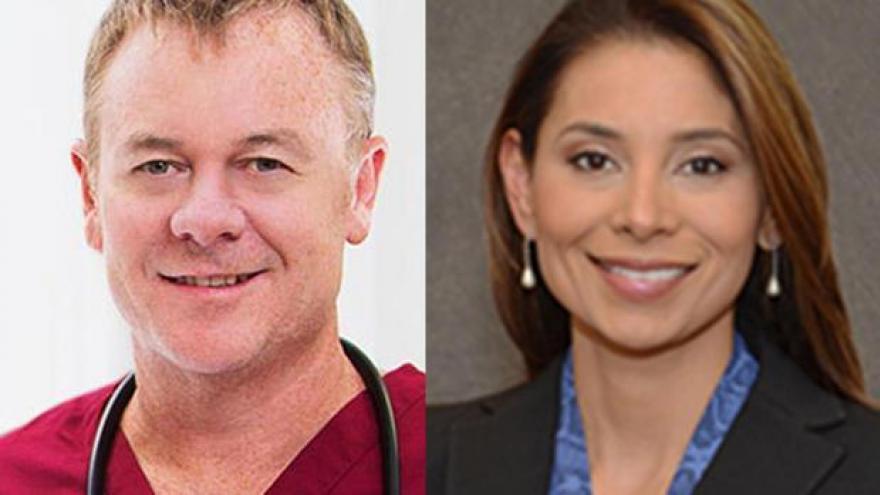 BOSTON -- (CBS NEWS) Police found two doctors slain inside the penthouse of a luxury South Boston condo building after a friend of the victims contacted police, saying he had received a "plea for help" via text message, a prosecutor said Monday. 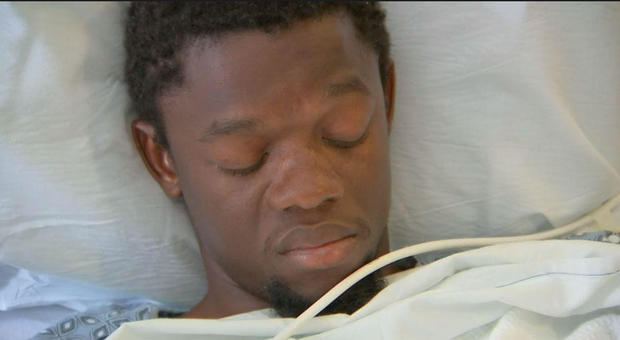 Bampumim Teixeira, 30, was arraigned from his hospital bed at Tufts University Medical Center Monday on two counts of murder in the Friday killings of Dr. Lina Bolanos, 38, and Dr. Richard Field, 49, who were engaged to be married. A not guilty plea was entered on his behalf and he was ordered held without bail. Teixeira had his eyes closed for most of the hearing and nodded a few times.

When officers responded to the 11th-floor unit, a prosecutor said they saw a set of keys on the ground outside and used them to enter the home. That's when officers encountered a man police later identified as Teixeira, wearing black clothing and black gloves, the prosecutor said. He exchanged gunfire with police and was struck and wounded in his abdomen, left hand and leg. Officers later apprehended him outside the building and transported him to the hospital.

Prosecutors said Teixeira told police there was another person inside the apartment who would fire at them if they went in.

Inside the condo, police found the bodies of Bolanos and Field, bound and with "obvious trauma," a prosecutor said. CBS Boston reported they were bound by their hands and had their throats slit.

The prosecutor said police found a black backpack filled with jewelry that apparently belonged to Bolanos, in a "remarkably conspicuous" area just inside the door.

Bolanos, 38, was a pediatric anesthesiologist at Massachusetts Eye and Ear, according to its website, and an instructor at Harvard Medical School. Field, 49, also an anesthesiologist, worked at North Shore Pain Management.

While it is also unknown how Teixeria knew the victims, investigators believe he was familiar with one or both of them because he was able to pass through security at their penthouse, CBS Boston reported.

Dr. Sunil Eappen, chief medical officer and chief of anesthesia at Massachusetts Eye and Ear, said in a statement on the hospital's website that he first met Bolanos when she was a young researcher.

"We have worked together since 2011, except for a short break when she moved to Texas for a few months," Eappen said. "I watched her mature and blossom from a young medical school graduate to a fabulous experienced pediatric anesthesiologist."

Eappen said she performed her job with both great skill and compassion.

"Everyone at Mass. Eye and Ear really loved her," he said. "It is desperately hard for all of us to fathom that our friend who never failed to brighten our days is no longer with us."

On its website, North Shore Pain Management said Field was "instrumental in the creation of this practice."

"He was a valued member of the medical community and a tremendous advocate for his patients," the statement said. "His tragic and sudden passing leaves an inescapable void in all of us."

The Suffolk County District Attorney's Office said Teixeira has a pair of larceny convictions on his record. In June of last year, he passed a note demanding money at a Boston bank. He committed the same crime two years earlier. The office did not know Sunday if he had an attorney who could comment on his behalf.

He was recently released after spending nine months in prison, CBS Boston reported.