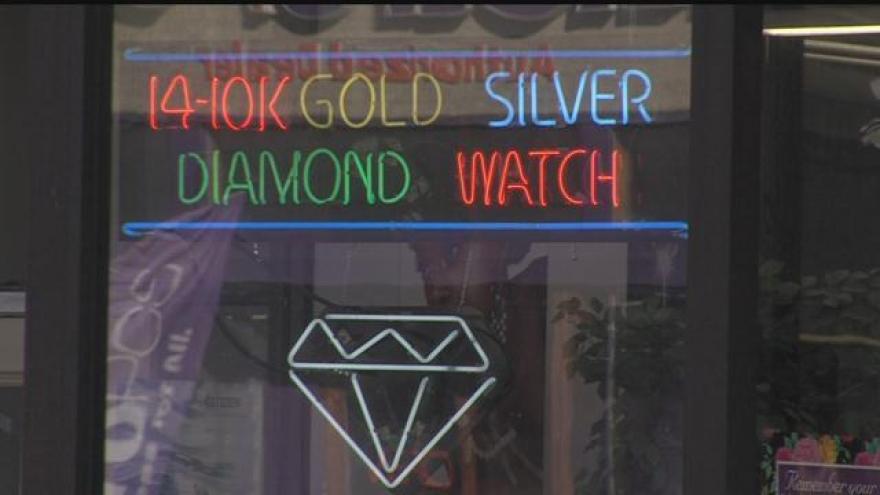 It wasn't easy for Paul Sidhu to watch footage captured by his home surveillance camera.

Scary, because it showed an unknown man in Sidhu's house, holding an iPad that belonged to him.

Police said that's how the suspect left, after breaking and climbing inside a back window. Home surveillance in the living room showed he took valuables from Sidhu and his wife.

"All the jewelry, watches, her necklace," he said.

Police said the suspect sold a sapphire ring and gold Rolex watch to two separate Milwaukee jewelry stores. But, an ordinance paves the way for some victims to get their stuff back.

"Sometimes it's not about the value of the item. It's just giving them a little closure on a crime," said Greenfield Police Detective Chuck Fletcher.

It requires such stores to get a photo ID, take pictures of the items they're buying and put the information in a secure police database. There's also a 30-day hold.

Detective Fletcher said the payoff has been big since the new regulations started in 2009.

"Well over 1,000 cases and just under $2 million in recovered stolen property in Greenfield cases," he said.

Police work closely with officers in Milwaukee, which has the same ordinance. So a computer and a simple search for a Rolex sold in the last 24 hours, is all it takes for Detective Fletcher to immediately find who and what he's looking for.

"They give me a description of it, I look over at my database, it's a match," Detective Fletcher said.

"When I saw him I recognized him right away, said Sidhu.

Sidhu said the suspect Edgardo Justiniano-Arce is a known panhandler.

Weeks after the crime, employees called police when the 53-year-old came back to the area. He was arrested on site.

"Without businesses following the ordinances, without their officers being able to monitor, being knowledgeable of this, it wouldn't have worked," said Detective Fletcher.

But justice isn't enough to erase the victims fears. They keep the valuables in a lock box in the bank, now that their safe haven, is no longer.

"I don't want to live there anymore," said Sidhu.

The suspect told Detective Fletcher where to get the other items he didn't sell to second-hand store. Those were returned to the victims as well.

Justiniano-Arce is due in court March 3 for a plea hearing.