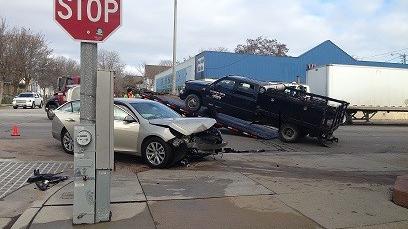 The Milwaukee Fire Department Hazmat Team has responded to the report of a propane leak near 5th and North Street.  A truck carrying a 100 gallon propane tank was involved in a traffic accident.  The tank was damaged and began to leak.  As a precaution, several homes in the area have been evacuated, but crews were able to stop the leak and the residents will be allowed to return to their homes shortly.