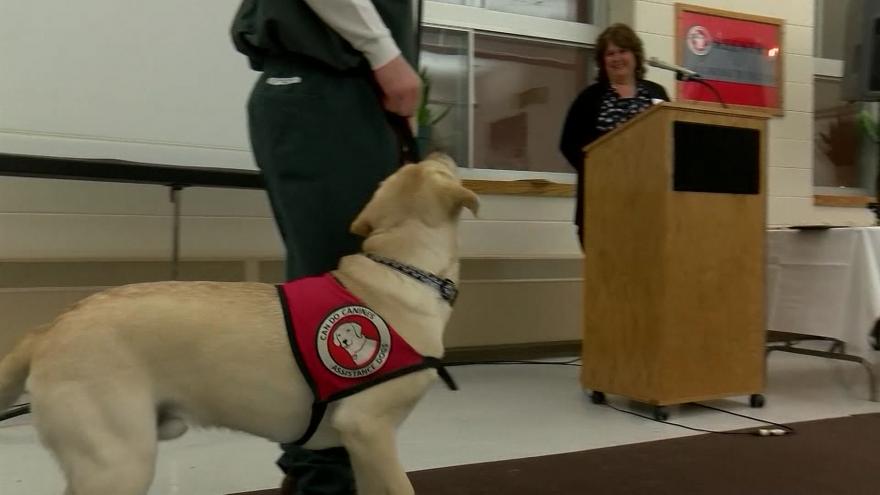 BLACK RIVER FALLS, Wis. (CBS 58) -- A new program at a prison in Western Wisconsin is giving inmates a chance to turn their lives around.

Inmates train dogs to become service dogs through the Can Do Canine program. Officials with the program teach inmates how to train the dogs, then the inmates immediately apply it to the dogs they're handling. Inmates say the program gives them a new drive in life when they get released.

"It shocked me and my family that I could actually become a human being instead of a criminal," said Michael, an inmate at the Jackson Correctional Institute. "I'm coming from this program with all these tools, why not put them to good use instead of holding them in my back pocket.

Can Do Canine officials say there is a long waiting list for people needing service dogs and say this helps people get their service dogs sooner.