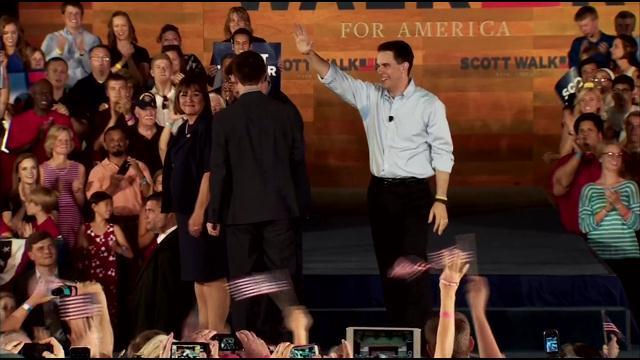 Political Science professor Mordecai Lee compared Governor Walker's speech to Mitt Romney. He touted Walker's ability to remain pro business, on the religious right, and his appealing to the tea party without pushing away moderates, something Romney was unsuccessful in doing.

Walker's balancing act has him off to a running start. His career catapulted into the national spotlight because of the unprecedented 2012 recall election, something Lee believes will continue to work in his favor.

\"There is no doubt the recall made him, but why was there a recall? There was a recall because of ACT 10 and he was the one who decided to do ACT 10.\"

To continue that momentum Lee says Walker will have to appear as moderate as Jeb Bush, but not forsake the conservatives or candidates like Ted Cruz could eclipse his star, Also, unlike past presidential years, Iowa may no longer be the deciding factor, but a more broad appeal

\"His first stop isn't Iowa and his second stop isn't Iowa, his last stop is Iowa which shows you how much he's trying to rise in the public opinion polls and national stature because he's already doing pretty well in Iowa.\"

For Wisconsin, Lee says the state should now turn its attention to Lieutenant Governor Kleefisch as she will now likely make most decisions while Walker is on the road.