MILWAUKEE (CBS 58) -- The Milwaukee Police Department is honoring the fallen officer who was killed Wednesday evening in the line of duty.

On Thursday morning, a squad car covered in black and blue was parked outside of MPD headquarters. 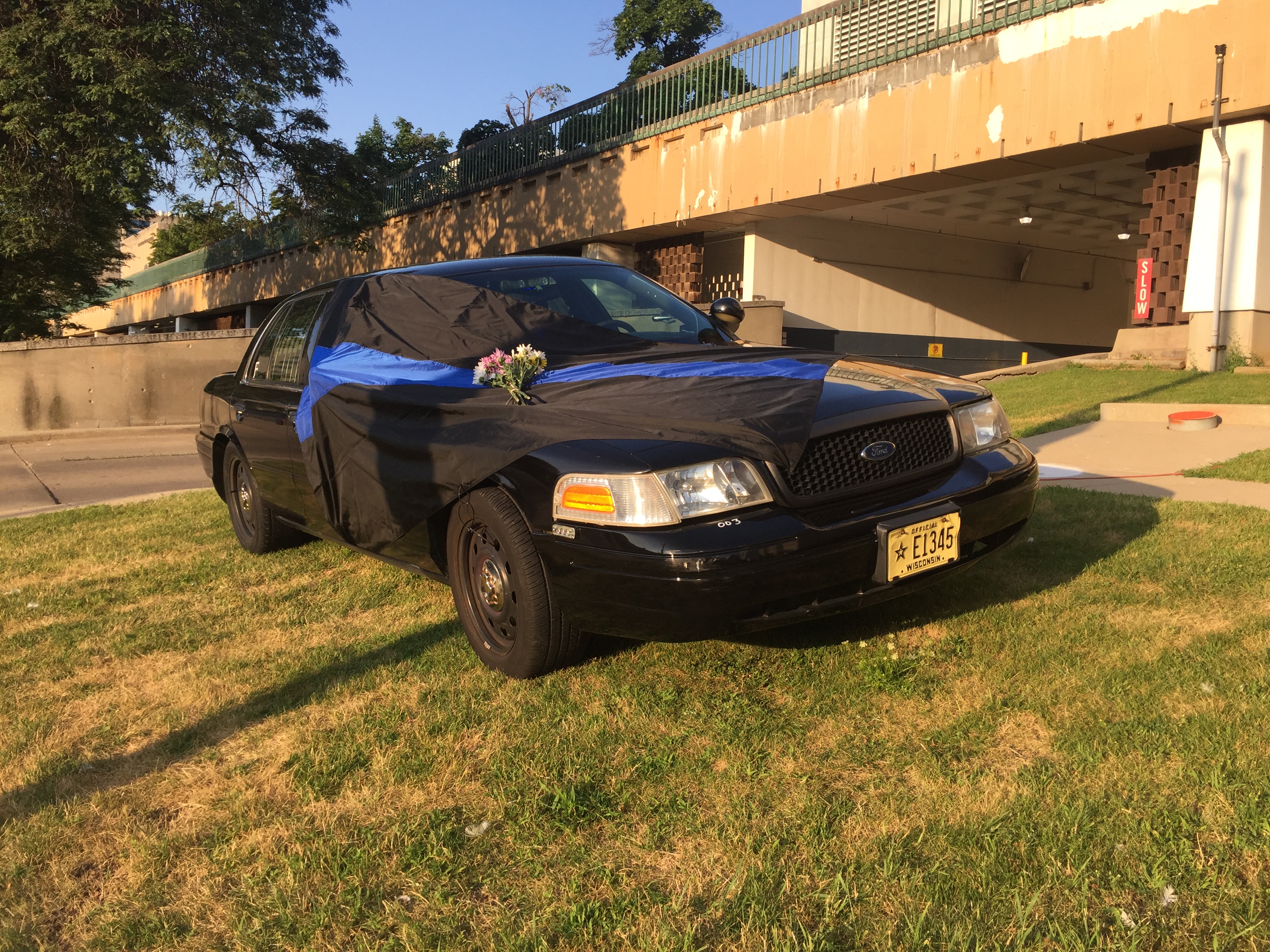 The 17-year veteran of the police force is the second Milwaukee Police Officer killed this year.

Charles Irvine Jr., 23, was killed in a crash near 76th and Silver Spring back in June.

Irvine Jr. and his partner were chasing a suspect when their squad left the road. The squad car was the only vehicle involved in the crash.

The last officer to be shot and killed was Wendolyn Tanner in 1996. Tanner, a four-year police veteran, was killed during a foot chase as he and his partner were trying to apprehend a wanted criminal.

Milwaukee went nearly 22 years without an officer killed in the line of duty to twice in a year.

The Mayor reflected on the loss the force endured this year.

There is currently no word on the other victim's condition.