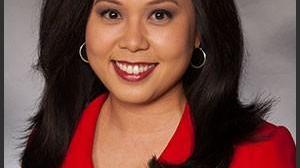 Priscilla Luong joined CBS 58 in March 2014. Before Milwaukee, Priscilla was a Reporter at KOKH in Oklahoma City. She was one of the first journalists on the scene after an EF-5 tornado swept through Moore, OK, killing seven children at an elementary school.

Priscilla's work has led her around the globe. She got her start in news as an intern at the British Broadcasting Corporation when she lived in the United Kingdom.

She also ventured to her family's native roots. During her time as an Anchor/Reporter at KTAB in Abilene, TX, Priscilla traveled to Vietnam on assignment. She earned an Emmy-nomination for her special report, “The Fall of Saigon: 35 Years Later.”

Priscilla is an active member of the Asian American Journalists Association, and was named AAJA's 2014 National Broadcast Mentor of the Year.

Outside of news, Priscilla is an international traveler with a knack for language. She's made stops in Asia, Australia, Europe, the Americas, and the Middle East. She has a lifelong passion for the arts, with more than two decades of experience in dance and acting. Priscilla is also a serious foodie-- so you might catch her wandering through the Milwaukee Public Market.