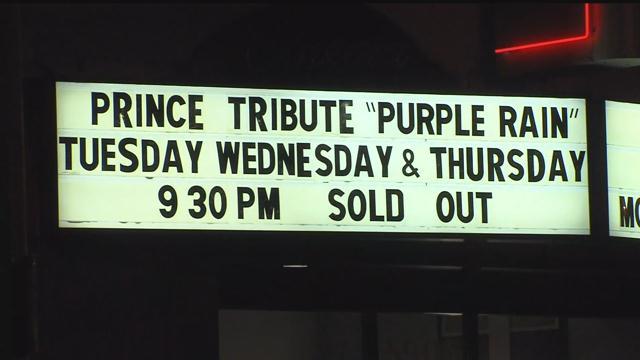 Prince fans are still finding ways to pay tribute as they wait for word on what took the music icon last week at the age of 57.

Fans lined up Tuesday night for a sold out showing of the film "Purple Rain" at the Times Cinema near 59th & Vliet.

Prince won an Oscar for best musical score for the film.

For some of the fans seeing the film on the big screen, rather than on tv, helped them tap into that feeling when they first saw it back in 1984.

"I'm first in line because I'm His biggest fan," declared Renita Roberson. "His music means everything to me it has gotten me through some rough patches in my life."

"He's been a part of my life since late 70's," added Nicole Sprewer. "I think it's important we pay homage to him because he's touched all our lives with his music."

There was also a fan dressed in a "Purple Rain" inspired coat doing his best impression of the singer.

It was a celebration of individuality and yet there was a sense of community at this special screening in Milwaukee.