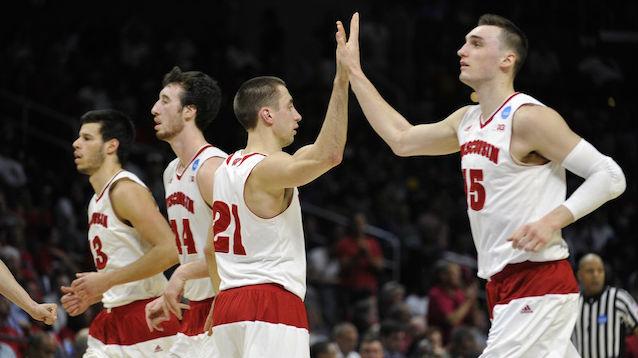 \"CBS This Morning\" co-host Charlie Rose, a Duke alumnus and vocal fan, expressed his concerns about the perception of the matchups.

\"Too many people want to see Duke and Kentucky -- it has history and it has everything else -- that they may forget the fact that these two teams have very tough opponents,\" Rose said.

\"Wisconsin and Michigan State both are certainly capable of not only winning on Saturday but then backing it up with a victory on Monday. That's the great thing,\" Nantz said Friday on \"CBS This Morning.\" \"This is a Final Four just loaded. All four of these teams, I really truly believe it this year, are capable of winning the two games it takes to win the title.\"

He added that the teams are led by four coaches who are \"probably the greatest collection of four coaches we've ever had at a Final Four.\"

\"They're all either in the Hall Of Fame or will be one day,\" Nantz said.

The game between Duke and Michigan State is up first on Saturday.

\"Michigan State, you'd have to say, is the surprise team here, the only one that was not a number one [regional] seed. But they rallied, as Tom Izzo gets his team to do every year it seems, come tournament time,\" Nantz said. \"They've got this kid Travis Trice who has been lighting it up, leading them to this remarkable achievement of making the Final Four. Trice was terrific. He was the most outstanding player up in Syracuse in the East regional.\"

Nantz said he believes Duke made it to the Final Four primarily because of the tournament play of Justise Winslow.

\"They have these three decorated freshmen. Winslow has been awesome to this point, but of course, everyone knows that Jahlil Okafor is the guy you've got to watch, the freshman from Chicago who was the ACC player of the year -- the first freshmen to ever win that honor in that conference,\" he said.

At the Wisconsin-Kentucky matchup, the Wildcats' young talent Karl-Anthony Towns is a player to watch out for.

\"He scored 25 points there in the regional final against Notre Dame. They are loaded. They really are a selfless team. No one really ever kind of goes out there -- Towns did it the other day, but everyone averages around 10 points a game. They divvy up the minutes and the points. It's been very impressive to watch them put together the undefeated season,\" Nantz said.

Like Kentucky, Wisconsin is returning to the national semi-final for the second straight year, and Frank Kaminsky is the person \"most people say is the national player of the year.\"

\"The Badgers, they all came back for this one more shot, one more chance to come back to the Final Four, and they pulled it off and who awaits the team that they played last year in an epic show down that came down to the last second: Kentucky,\" Nantz said.
Share this article: