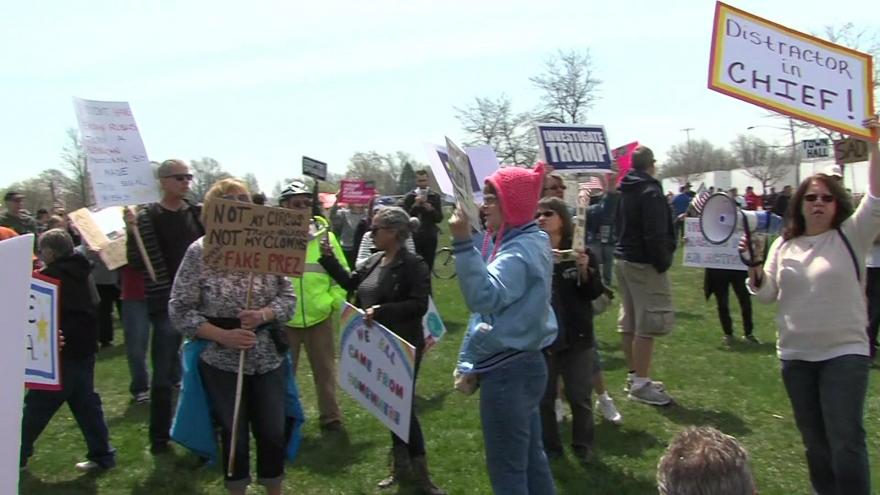 Protesters started gathering in Kenosha a few hours before the President was set to arrive. In front of Snap-on, there were supporters lining one side of the street and protestors lining the other.

Another group marched to Sunnyside park, just across from Snap-on. Many of them said they weren't here to specifically oppose today's executive order, instead, they said they're angry about President Trump's stance on immigration, his refusal to release his tax returns, and his alleged ties to Russia. The mixed reaction was not surprising given the President only won Kenosha County by about 230 votes.

\"It was very important for me to be here just to let Trump know even though Wisconsin seemed to have voted him in, there are many of us, probably even more of us, that are not with his policies,\" said Nancy Sander who was protesting President Trump's visit.

\"My family owns a small business so cutting taxes and cutting back on regulations is something that will help us out a lot,\" said Jon Olson, a supporter of President Trump.