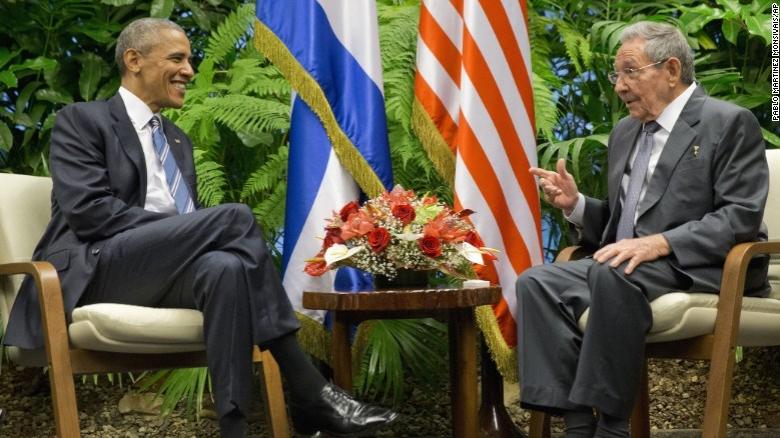 Havana (CNN)A day after making a historic arrival in Cuba, President Barack Obama met Monday with the leader of the authoritarian regime here as part of his efforts to elicit change on the island.

Obama and Cuban leader Raul Castro shook hands at the Palace of the Revolution in Old Havana before their sit-down, the third time the pair have met for bilateral talks since the resumption of diplomatic relations in 2014. It was unclear whether the leaders would later take questions from the press.

Obama started his morning laying a wreath by the Jose Marti memorial, a massive monument to the Cuban revolutionary leader where a Cuban military band played the "Star Spangled Banner," another in a series of previously unthinkable moments that marks this week's visit.

The sight of a sitting American president setting foot on the island was a novelty for most Cubans. The last U.S. leader to visit was Calvin Coolidge, who voyaged into Havana Harbor on a battleship in 1928.