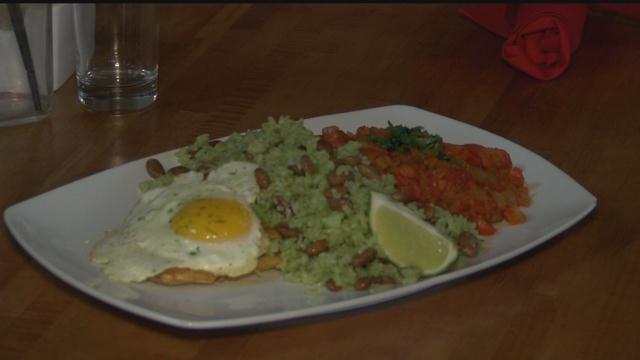 The owners of "Engine Company No. 3 Restaurant" said that they've been friends with a staff member of President Obama’s since his campaign.

The President was at the restaurant to meet with community members who wanted to discuss the president's health care plan.

While this was happening  a group of people were across the street trying to grab a glimpse of the president.

Inside, he ordered a Colombian dish that has smashed plantains, cilantro rice, and a fried egg.

Restaurant owners said he was a kind man who shook hands with everyone in the restaurant.

The server said she was extremely nervous to serve the Commander-in-Chief.

“Initially I was very terrified, I had no idea when I woke up at 4:30 this morning, that I would be serving the president lunch. But he's such a relaxed guy that it made it easy, as soon as I got over the initial terror that I was experiencing,” said the server.