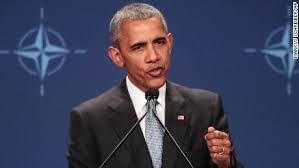 Walker also had requested the declaration cover Eau Claire and Trempealeau counties, but those two counties did not sustain enough damage to qualify.