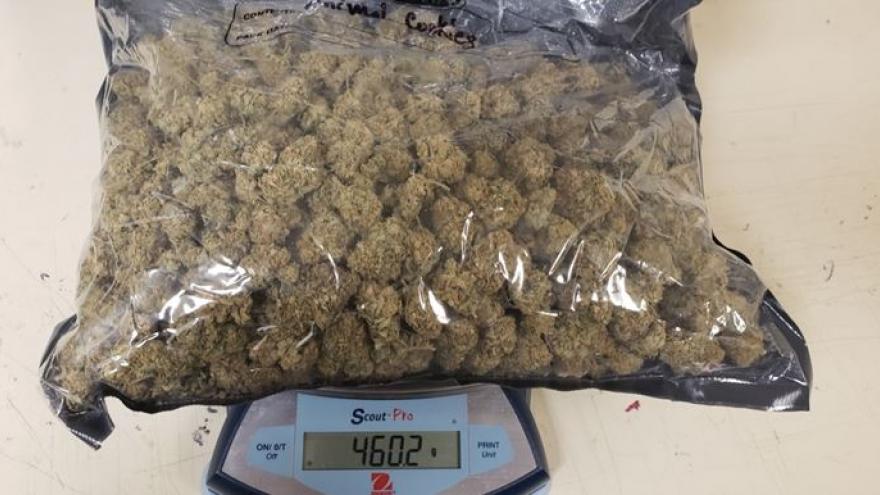 RACINE, Wis. (CBS 58) -- A traffic stop in the Village of Caledonia led to a drug bust and a driver having to be removed from his vehicle.

The Racine County Sheriff's Office says they stopped a vehicle at CTH G and East Frontage Road for an equipment violation just after 5:30 p.m. Monday.

When the deputy approached the vehicle, he said he could smell fresh marijuana coming from the car. More deputies were called to assist and investigators say the driver of the vehicle, a 20-year-old Racine man, refused to get out of his vehicle and had to be removed.

When deputies searched the vehicle, they found a black plastic shopping bag behind the back seat that had a vacuum-sealed bag of marijuana buds weighing a little over a pound.

The suspect is being held on a $25,000 bond at the Racine County Jail for one count of obstruction and one count of possession of THC with intent to deliver.