Potential for accumulating snow returns for some Monday night into Tuesday 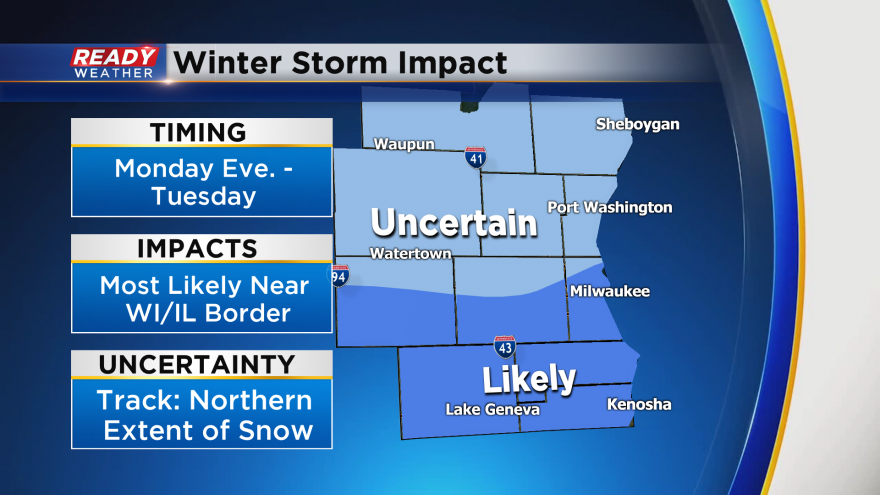 Final snow totals from Saturday night into this morning we’re right in line with our forecast. Most of the area picked up 1-3” of fluffy snow, with a few isolated spots reaching 3-4”. Mayville was the overachiever at 4.4”. 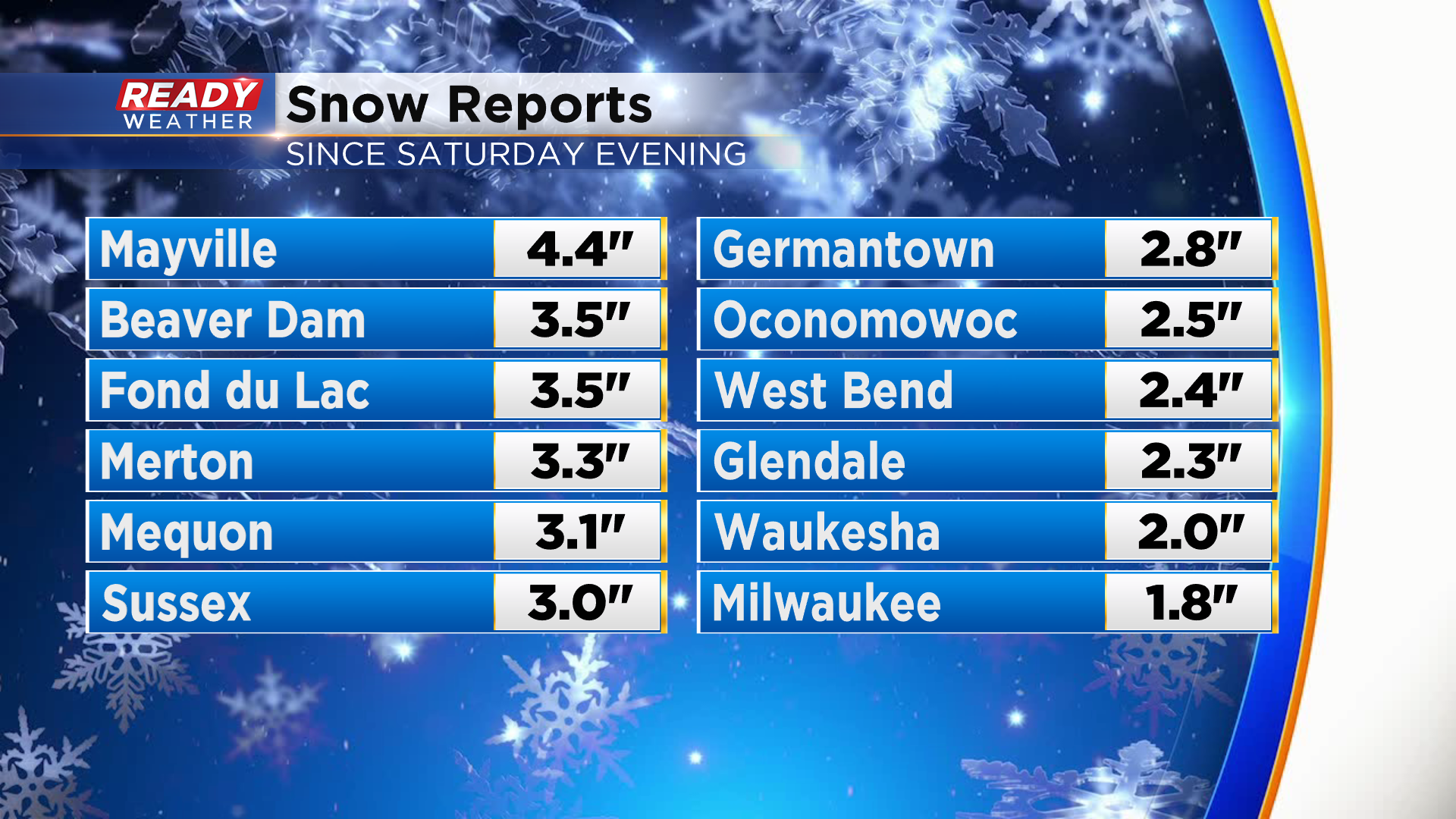 We’ll have a break in the action tonight, but a few isolated lake effect snow showers will possible Monday morning. 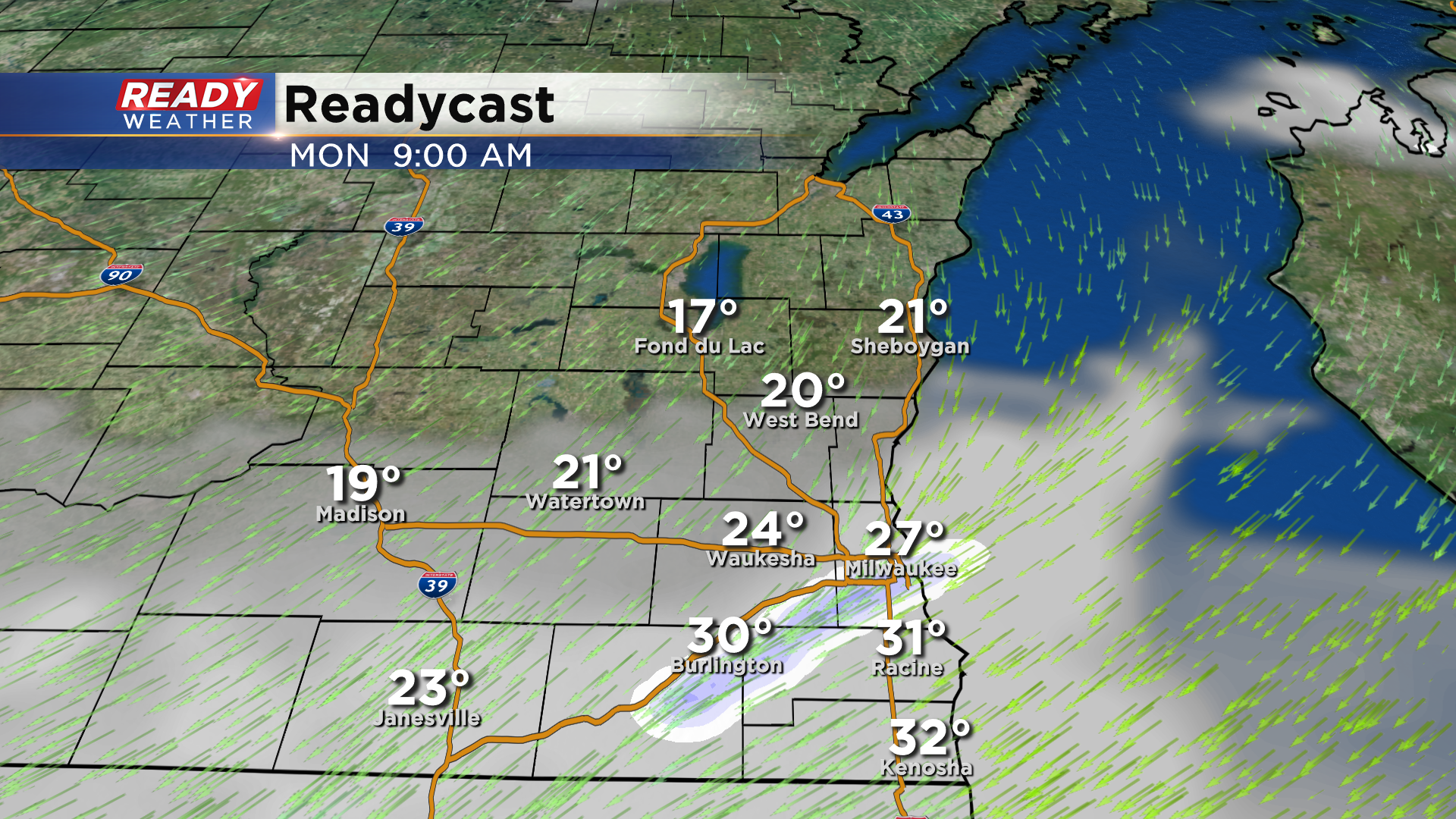 The lake effect chance will end heading into the afternoon as winds begin to gust between 20-30 mph. A better chance for snow (for some) will arrive Monday night as a low pressure system tracks by to our south. There’s still some uncertainty as to whether or not this storm will track across southern Illinois and Indiana or central IL/IN. That will have a drastic impact how much snow falls across Southeast Wisconsin and how far north the snow will get. 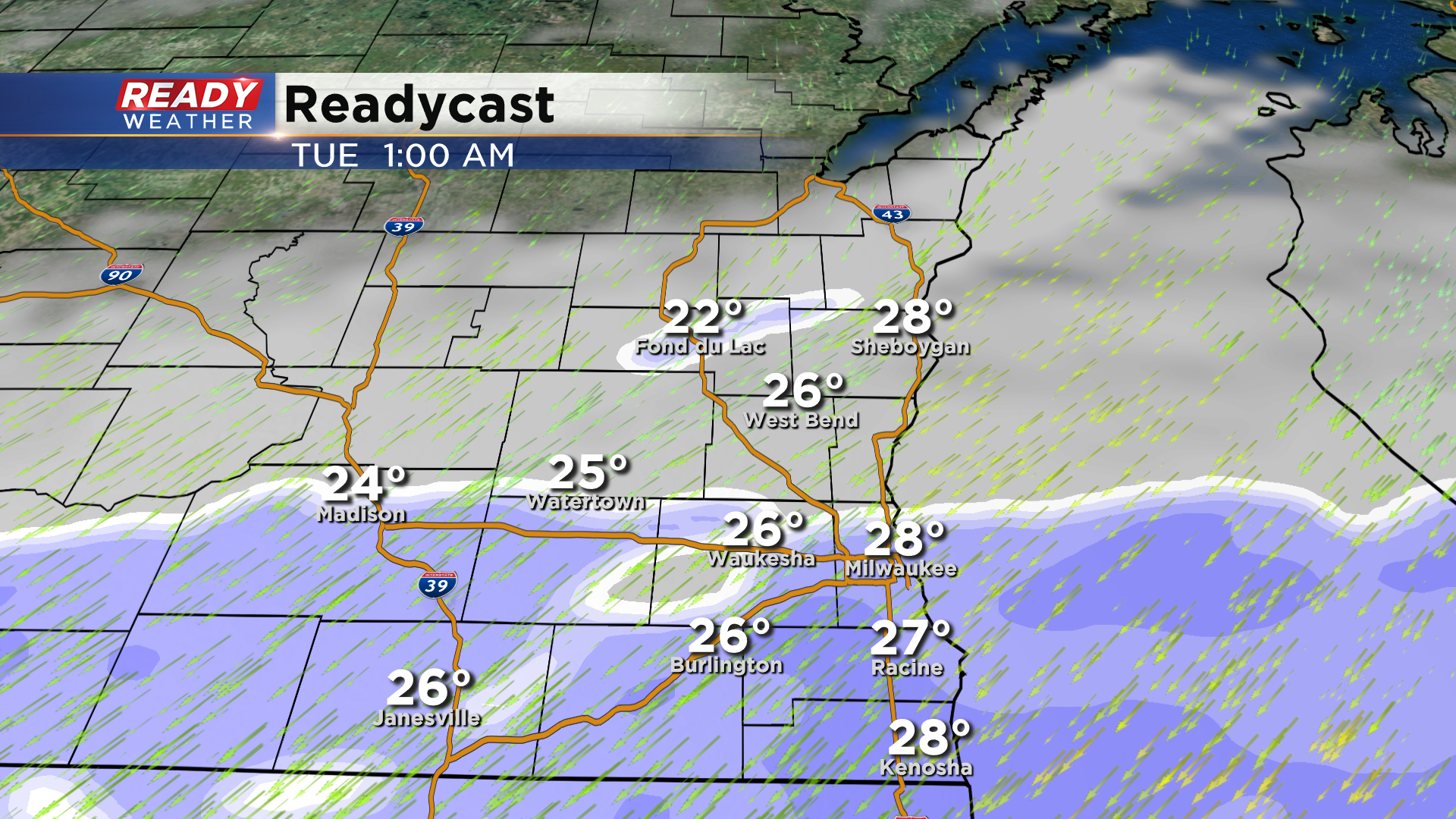 A slower, northerly track would allow for the snow to pile up across southeast Wisconsin, but a faster, more southern track would keep the heaviest snow south. Keeping all of this in mind, preliminary snow forecast for this event has the best chance for several inches of snow right along with WI/IL border up to southern MKE county. 1-3” is possible along I-94 with a potentially sharp cut off to the north. 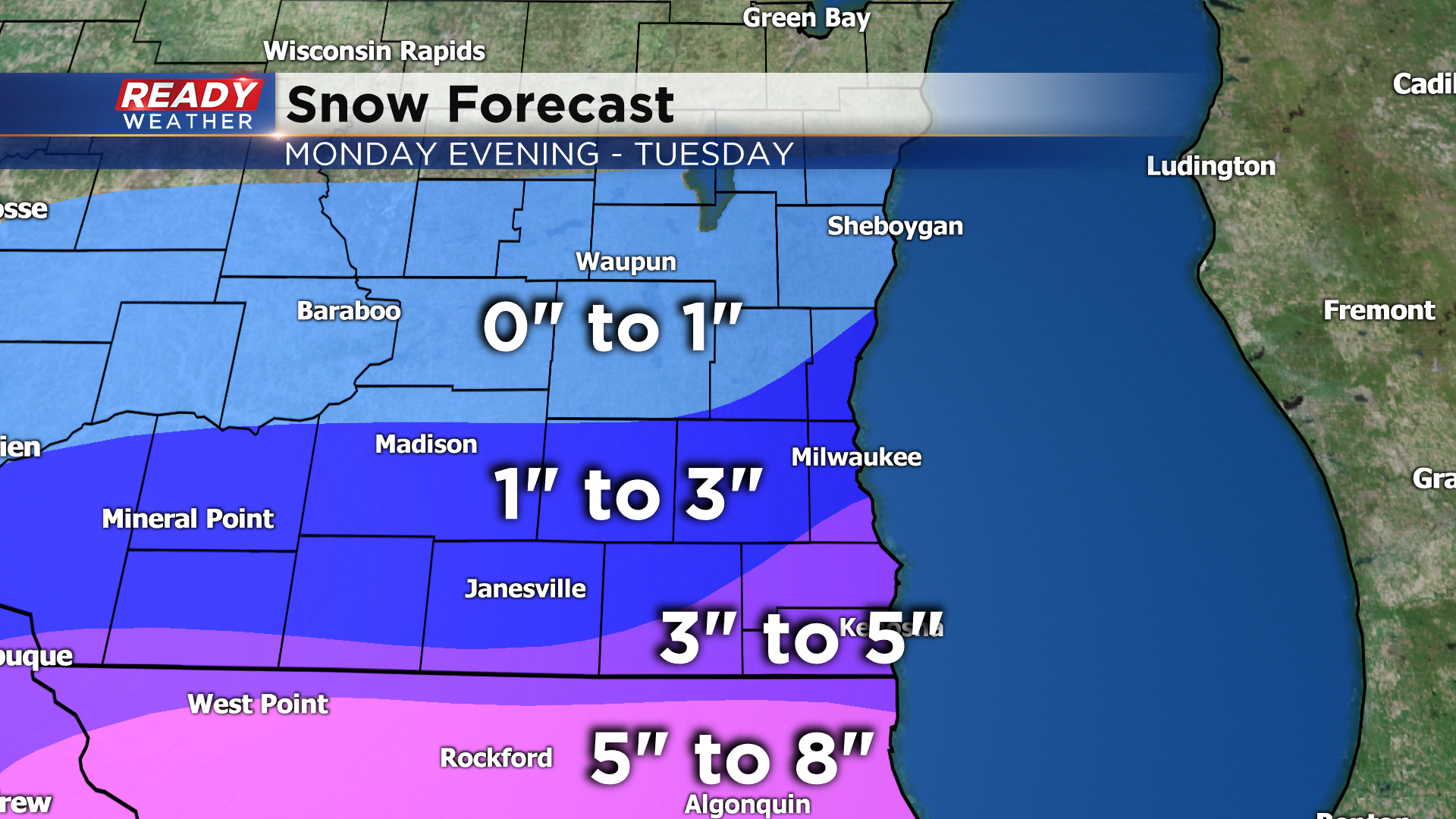 *This snow forecast will likely change once there is more certainty in the storm track.* A simple shift 20 miles north in the track would bring the heavy snow totals in Northern Illinois into parts of southern Wisconsin. A southern shift in the track means northern parts of the area may see nothing. Impacts to the Tuesday morning commute look most likely along and south of I-94, with less certainty/lower impacts expected farther north. 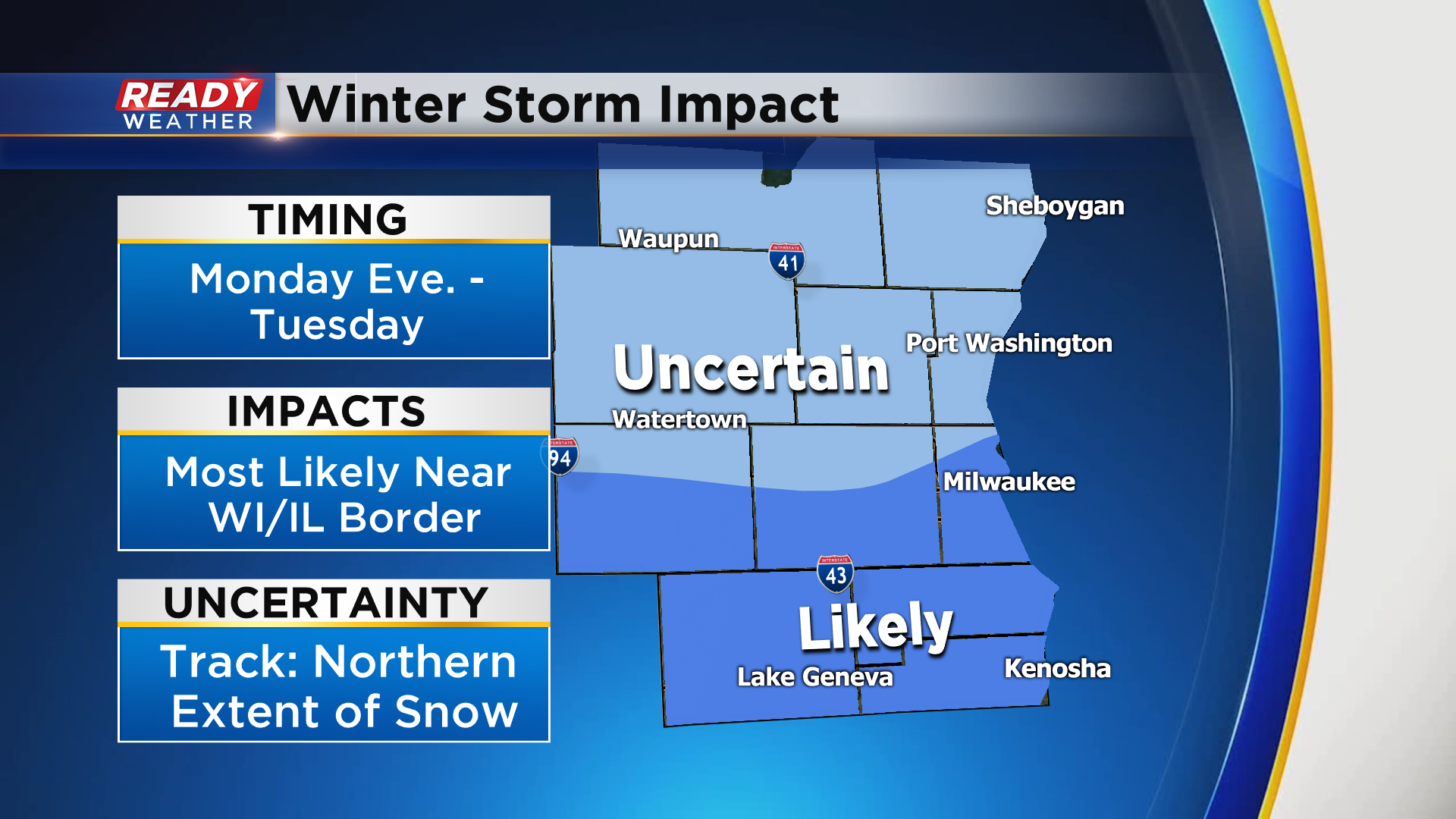 Check back for forecast updates over the next 24 hours.