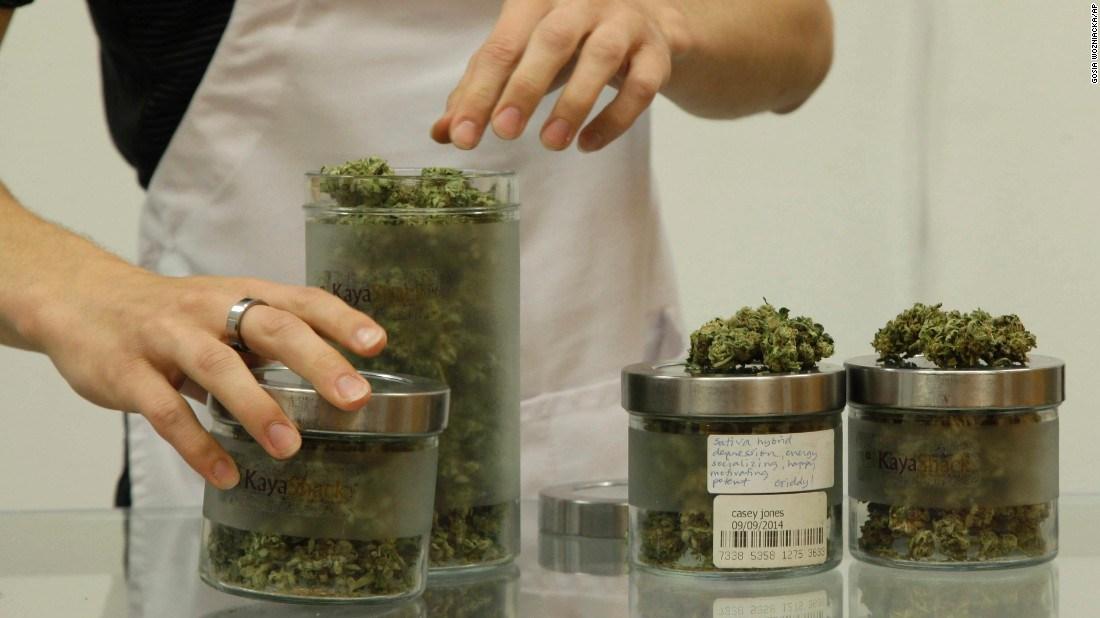 (CNN) -- This week marks the one-year anniversary since sales of marijuana for recreational use began in Washington state.

In the first year, $70 million in tax revenue has been generated statewide from marijuana sales. The Washington State Liquor Control Board, which oversees the state's cannabis industry, reports that dispensaries sold more than $257 million worth of marijuana.

Chip Boyden, who owns a medical marijuana dispensary in Tucson, Arizona, jumped at the thought of expanding his marijuana business with family in Washington after the first dispensaries started to open in July 2014. Washington voters passed a law in 2012 to legalize marijuana for adults over 21.

When Boyden first opened his shop in Tucson, he said the attitude from the surrounding community was less than supportive, although the state permits medical marijuana usage. \"We had people come up and say they aren't against it, but they were unsure who was going to be the demographic for our business,\" he said.

But in Seattle, Boyden said he noticed a difference in attitude at Hashtag recreational cannabis, a pot shop that Boyden started in April with co-owner Logan Bowers and shop manager Michael Bowers.

\"We had great support. We didn't have anyone come in a get upset,\" Logan Bowers said.

Boyden said there's a cultural shift happening in Washington, Colorado and other states that have started to legalize marijuana use.

\"The recreational market allows people, those who were interested in trying cannabis, to be able to come in and sample different flavors,\" he explained. \"It's more like going into the store and buying a bottle of wine.\"

However, using marijuana in public in Washington is still a civil violation, and people could face a fine.

The Portland, Oregon, airport will now allow guests to fly with marijuana in-state, provided fliers are carrying the legal amount, according to CNN affiliate KPTV.

There's also a shift in opinion when it comes to cannabis usage.

A 2014 CNN/ORC International survey found 55% of those polled supported legalization, and 44% opposed it.

But under federal law, marijuana remains a Schedule 1 narcotic -- and therefore its use is a federal crime.

Some House Republicans were shocked in February after Washington Mayor Muriel Bowser defied congressional Republicans' threats and implemented D.C.'s local law, which allows its residents to smoke and possess small amounts of marijuana.

Kris Krane, president of 4Front Ventures, which provides consulting and support for marijuana dispensaries across the United States, said that marijuana legalization and sales will start to become a larger political discussion.

\"I think 2016 is the year where this is actually an issue in presidential policy that candidates have to answer to,\" he said.

As for Washington state's first year of marijuana sales, Krane said $70 million in tax revenue actually seems a bit low. \"It's important to know that number is not indicative of what we will see in year two or three.\" He is predicting that those numbers will increase, especially if the excise tax is lowered in the state.

But for dispensary owners and operators Logan Bowers and Michael Bowers, it's not the money that's drawing them into the business. Rather, it is the change in attitude they are seeing.

\"One thing that struck me most as a manager, is the wide variety of people who come in,\" Michael Bowers said. \"We see older customers bring in their adult children. It's normal people using it. It's everyday people in your neighborhood.\"