Postures Can Increase Your Success in Online Dating, Study Says 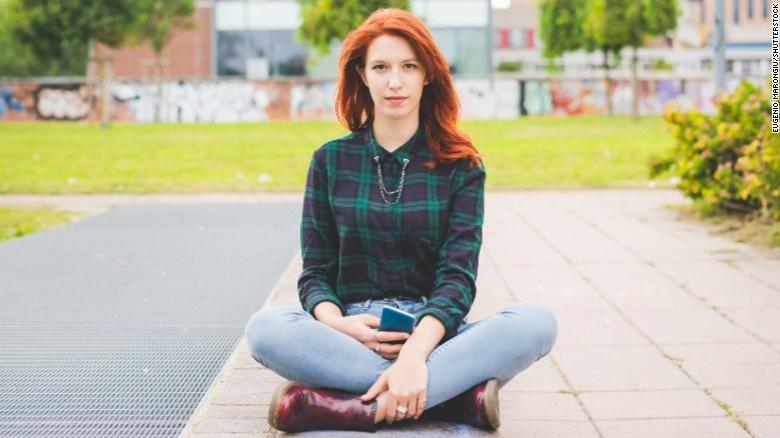 (CNN)The power of posture reigns in the animal kingdom, where peacocks fan their feathers and chimpanzees flaunt their limbs to assert dominance and attract mates. New research suggests that humans trying online dating apps and speed-dating might want to follow their lead.

Previous studies have shown that nonverbal cues such as a smile or a nod of the head garner interest from potential romantic partners. The gestures have what scientists call "positive signal value," meaning they create the impression that you are warm and friendly, someone others want to be around.
But modern courtship rarely lasts long enough to form an impression based on meaningful, real-life interactions. Decisions are made in a matter of minutes, even seconds, with a single swipe in digital dating or a passing encounter in the real world.
Research based on two studies found that literally extending yourself could make you more attractive in speed and online dating. In a study published Monday in the Proceedings of the National Academy of Sciences, researchers found that body postures involving widespread limbs and a stretched torso nearly doubles the odds of success compared with closed postures involving limbs held close to the torso, hunched over.
It's called "postural expansiveness," and it basically refers to how much space you take up with your torso and limbs. Such "power postures" convey dominance and willingness to share those traits with others, study co-author Tanya Vacharkulksemsuk said.
"We've seen it in the animal world, that taking up more space and maximizing presence in a physical space is used as signal for attracting a mate," Vacharkulksemsuk said. "By exerting dominance they're trying to signal to a potential mate 'I am able to do things, I have a space in this hierarchy, I have access to resources.' "
To test the theory with humans, Vacharkulksemsuk and her team conducted two field studies, involving speed-dating interactions and using a unnamed leading GPS-based online dating application.
In the first study, researchers filmed 144 speed-dating sessions, looking for nonverbal cues through facial expressions, gestures and posture. After the sessions, mate-seekers filled out surveys asking their impressions of each other and whether they wanted to meet that same person again -- "the gold standard of success," Vacharkulksemsuk.
Those who gestured with their hands and moved their arms "nearly doubled their odds of getting a 'yes' from their partner," compared with those who sat still or kept their arms to themselves, she said.
To test the hypothesis in online dating, researchers took six heterosexual people and set up two profiles for each person, one with photos in expansive poses, another showing them in contractive postures. They released them in the dating world for a weekend and tallied up the yes marks to see whether the photos caused romantic attraction.
They found that profile pictures showing outstretched arms and legs got more yeses than those with crossed arms, excluding responders who picked up on the ruse. Across both studies, the results held true for men and women, though men enjoyed a slight advantage than women, the study found.
The researchers believe the rules of attraction hold just as true for humans as they do for animals, and that expansive postures signal not only dominance but openness to sharing resource held by dominant members of a society.
It may not be surprising to hear that body language and nonverbal signals are just as important as what you say in initial romantic encounters. But it's nice to hear for a change that it's OK to sit back and relax when it comes to dating.
Share this article: