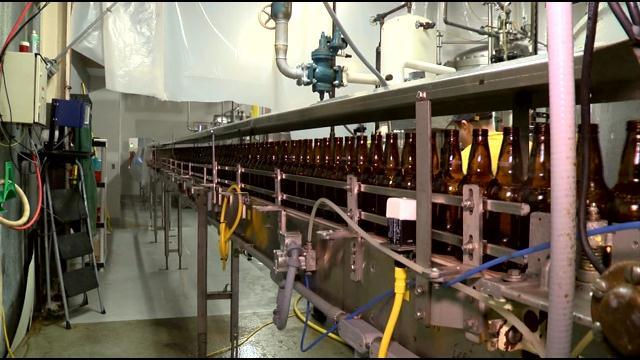 A new tax cut brewing for craft beer makers, and it could just trickle down to you.

Sprecher Brewing Company is well known for their root beer, and their beer.

Working the past 10 years at the company, President Jeff Hamilton says lower federal taxes are needed.

\"I think most people don't understand that a big chunk of the beer that they buy is actually taxes they're paying”, said Hamilton.

If approved, the tax break cut in half what the company pays the federal government for the first 60-thousand barrels they make each year, $7.00 to $3.50.

\"This is a bill that really comes back home.\"

Sprecher pumps out about 25,000 barrels of beer each year.

Chopping this tax in half would give this companies an extra cash flow to reinvest.

\"If you're going to reinvest, you're either going to reinvest in people or equipment. For us, I roughly say it would be two people”, said Hamilton. “The tax savings in one year would probably be equal to buying one of these kettles.\"

But other companies may choose to kick back the savings to customers.

\"The other manifestation is it could be put into lower beer prices”, said Hamilton.

Wisconsin is home to more than 100 small brewing companies, supplying jobs in every part of the state.

The small brew act of 2015 is a bi-partisan bill that's being sponsored by three U.S. Senators, including Tammy Baldwin of Wisconsin.

Senator Baldwin has spent the week touring brewing companies across the state.