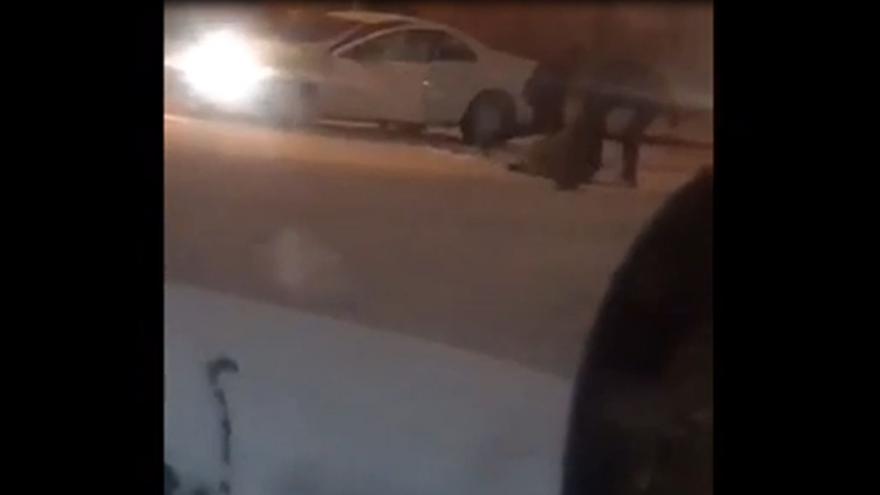 It happened near the 4300 block of West Marion Street.

According to the MPD, around 2:20 a.m. Sunday, the people in a black car pulled the driver of a white vehicle out of his car into the street and beat him. A witness says the suspects then threw the victim into the trunk of the white car and then drove both cars away.

Police are seeking six suspects in connection with this incidents. Five of the suspects are black males and one suspect is a black female, police say. There are no further descriptions available of the men. The woman is described as approximately 25-years-old, 5'7, with a thin build. She was last seen wearing a red or pink coat with long black hair.

The victim was wearing a "bubble" style waist length jacket.

Police are asking anyone with information about this incident call 414-935-7360.