Portland police search for shooter after 4 wounded near high school 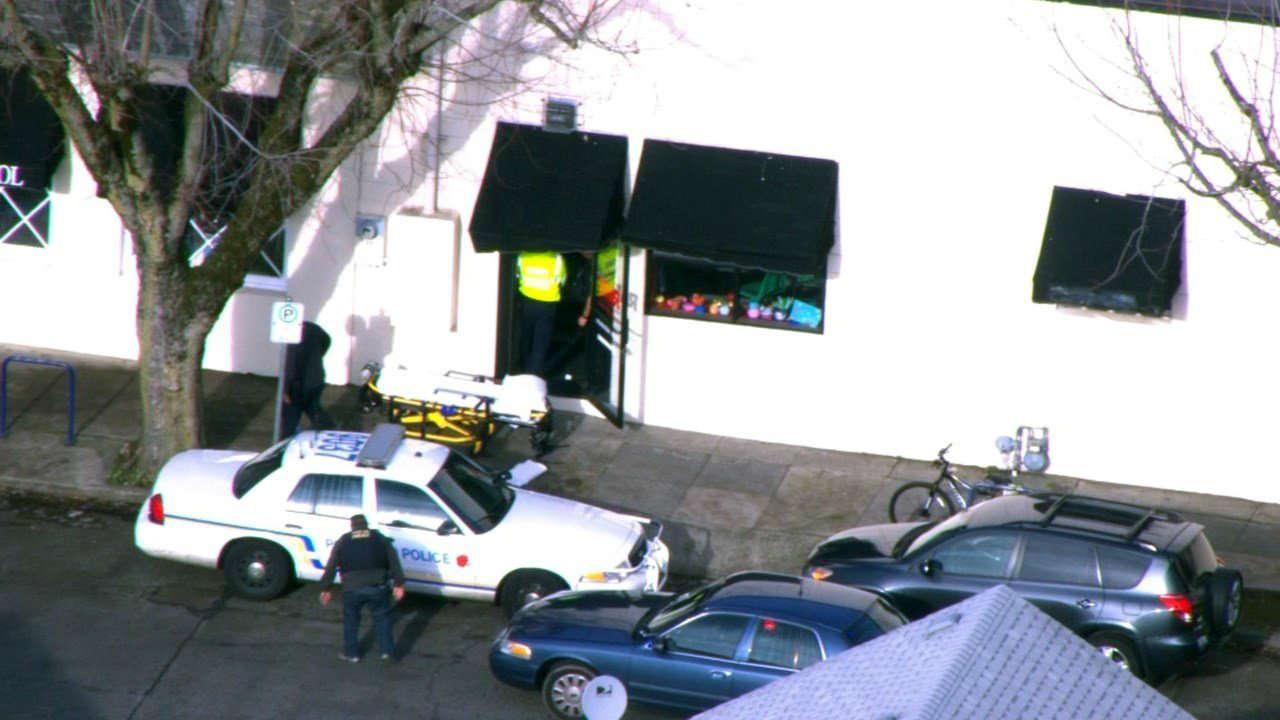 The shooting happened about a quarter past noon (3:15 p.m. ET) not far from the Rosemary Anderson High School campus in north Portland, Simpson told CNN.

After being shot, at least three victims ran inside a school building, reported CNN affiliate KOIN.

\"I saw him stumble into the school holding his stomach, he said my brother's name and then he fell on the ground,\" one student told CNN affiliate KATU.

The suspect may be affiliated with a gang but it's not known if the shooting was gang-related or \"a personal beef,\" Simpson said. The suspect was described as a male in his late teens or early 20s and he was accompanied by two other males in the same age range.

They left the area quickly on foot, Simpson said.

He said the police department's gang task force was investigating. Agents from the FBI and the Bureau of Alcohol, Tobacco, Firearms and Explosives also arrived to assist, he said.

The school system website says Rosemary Anderson High enrolls about 200 at-risk students who \"have either been expelled or dropped out of public high school and many are homeless.\"

All the shooting victims were students at the school or had taken job training or been enrolled in other programs there, Simpson said. The victims were breathing, conscious and talking as they were transported to Legacy Emanuel Medical Center, Simpson said.

The campus was locked down for a while but classes later resumed, Simpson said.

Nearby Jefferson High School and Portland Community College were locked down as police sought the shooter, authorities said, but the lockdown was lifted after a few hours.

A man who said he's the pastor of one of the shooting victims told KOIN that the shooting was \"heartbreaking.\"

\"The young man I know attends our church frequently who is, according to my understanding, not involved in any criminal activity, he is a bright young man,\" said Jason Nelson of Cornerstone Community Church of God in Christ. \"You hear about shootings every day and when it comes close to your school it's heartbreaking.\"