Popular FaceApp lets you 'age,' but experts say it violates your privacy

NOW: Popular FaceApp lets you ’age,’ but experts say it violates your privacy

FaceApp lets users upload their photos and make them look older or younger. Many celebrities like the Jonas Brothers, Terry Crews, Carrie Underwood, and Gordon Ramsay have made themselves look older using the app too. 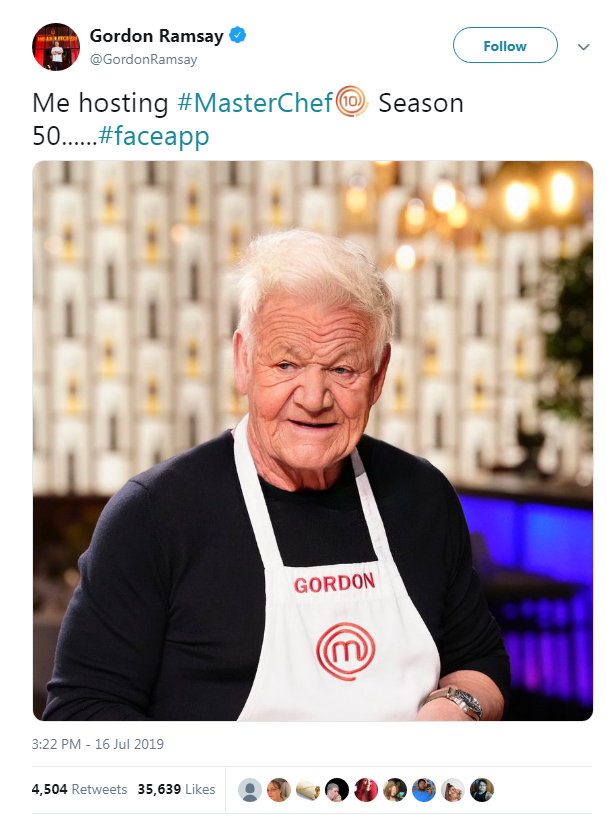 While the app has spiked in popularity this week, security experts are warning people about the Russian-owned company's terms of use. When someone uses FaceApp, they're giving the company access to their entire camera roll and license to use your photo and name for commercial purposes, like an internet ad or billboard.

You grant FaceApp a perpetual, irrevocable, nonexclusive, royalty-free, worldwide, fully-paid, transferable sub-licensable license to use, reproduce, modify, adapt, publish, translate, create derivative works from, distribute, publicly perform and display your User Content and any name, username or likeness provided in connection with your User Content in all media formats and channels now known or later developed, without compensation to you.

"You have pictures of yourself and potentially anyone else who was on your photos -- underaged minors they now have access to, and can use however they want," Geoff Gardiner of Rescue Dog Technology said.

The CEO of FaceApp told the Washington Post they will only upload and process the photo a user chose to alter to their server, and the rest of your camera roll will stay on your phone. The company also said FaceApp deletes most of the photos from its servers after 48 hours.

Experts say there's not much you can do after you've already downloaded and used the app, even if you delete it. Gardiner said people should exercise more caution when downloading apps.

"Just be aware when that pop-up pops up and says 'accept.' Just have a quick look before you click on 'yes,'" Gardiner said.