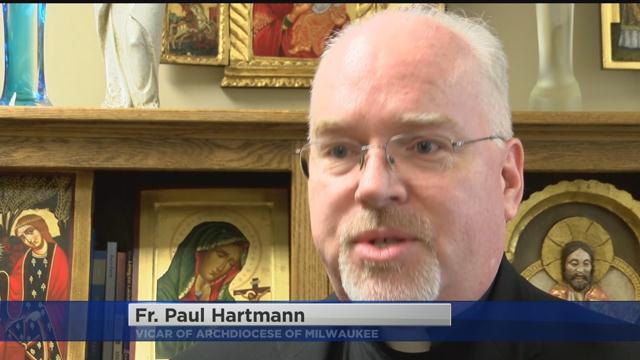 After Pope Francis released his nearly 300-page letter, "The Joy of Love," on Friday, local Catholic leaders say this is a call for Catholics across the world to move "outside their comfort zone."

In the letter titled, the Pope said divorcees should be allowed back into the church if they're remarried and receive an annulment from the church.

"There is nothing that changes church theology or teaching," said Father Paul Hartmann, the Judicial Vicar of the Archdiocese of Milwaukee. "It's a call to priests and parishes to extend love to people in need."

The letter does establish the fact that Pope Francis sees individual conscience as the most important principle for Catholics.

Hartmann, also the president of Catholic Memorial High School in Waukesha, said the overarching message of the documents is love. Pope Francis is asking those in the Catholic Church to be accepting of those who may not feel welcome in the church because of a lifestyle choice. He called it "a challenge" to church leaders.

“[Pope Francis] has called upon pastors to understand the situation people are in," said Hartmann. "What can we do to better educate and better inform people and make them feel included in new and profound ways?”

Hartmann predicts this letter will spark mixed reaction from the Catholic church.