Pope Francis reportedly tells gay man: "God made you like this and he loves you" 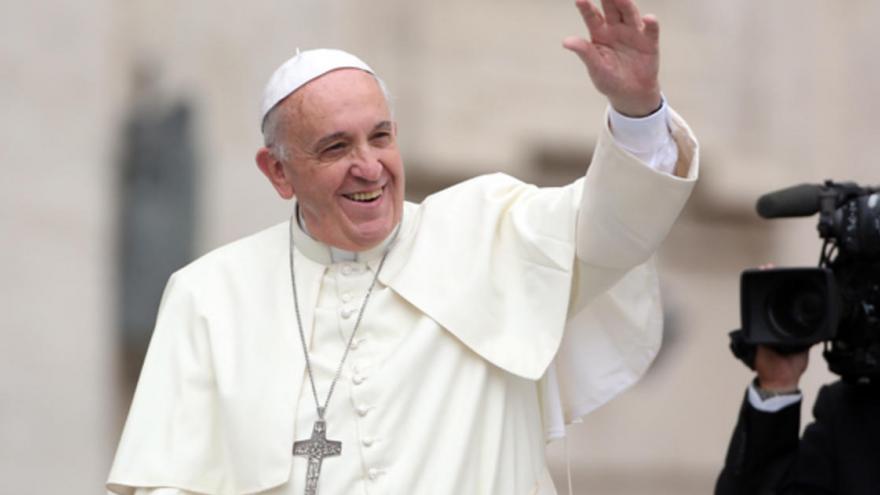 VATICAN CITY -- (CBS NEWS) Pope Francis' reported comments to a gay man that "God made you like this" have been embraced by the LGBT community as another sign of Francis' desire to make gay people feel welcomed and loved in the Catholic Church. Juan Carlos Cruz, the main whistleblower in Chile's clerical sex abuse and cover-up scandal, said Monday he spoke to Francis about his homosexuality during their recent meetings at the Vatican.

The pope invited Cruz and other victims of a Chilean predator priest to discuss their cases last month.

Cruz said he told Francis how Chile's bishops used his sexual orientation as a weapon to try to discredit him, and of the pain the personal attacks had caused him.

"He said, 'Look Juan Carlos, the pope loves you this way. God made you like this and he loves you,'" Cruz told The Associated Press.

The Vatican declined to confirm or deny the remarks in keeping with its policy not to comment on the pope's private conversations. The comments first were reported by Spain's El Pais newspaper.

Official church teaching calls for gay men and lesbians to be respected and loved, but considers homosexual activity "intrinsically disordered." However, Francis has taken a significantly more open-minded and conciliatory stance on homosexuality than any pope before him.

"If someone is gay and he searches for the Lord and has good will, who am I to judge?" Francis asked, during a groundbreaking news conference in July 2013 . "We shouldn't marginalize people for this. They must be integrated into society."

He also has spoken of his own ministry to gay and transgender people, insisting they are children of God, loved by God and deserving of accompaniment by the church.

As a result, some sought to downplay the significance of the comments as merely being in line with Francis' pastoral-minded attitude.

In addition, there was a time not so long ago when the Catholic Church officially taught that sexual orientation was not something people choose, the implication being it was how God made them.

The first edition of the Catechism of the Catholic Church, the dense summary of Catholic teaching published by St. John Paul II in 1992, said gay individuals "do not choose their homosexual condition; for most of them it is a trial."

The updated edition, which is the only edition available online and on the Vatican website, was revised to remove the reference to homosexuality not being a choice. The revised edition says: "This inclination, which is objectively disordered, constitutes for most of them a trial."

Francis DeBernardo, executive director of New Ways Ministry, which advocates for equality for LGBT Catholics, said the pope's comments were "tremendous" and would do a lot of good.

"It would do a lot better if he would make these statements publicly, because LGBT people need to hear that message from religious leaders, from Catholic leaders," he said.

The Rev. James Martin, a Jesuit whose book "Building a Bridge" called for the church to find new pastoral ways of ministering to gays, noted that the pope's comments were in a private conversation, not a public pronouncement or document. But citing the original version of the Catechism of the Catholic Church, Martin said they were nevertheless significant.

"The pope is saying what every reputable biologist and psychologist will tell you, which is that people do not choose their sexual orientation," Martin said in a telephone interview.

A great failing of the church, he said, is that many Catholics have been reluctant to say so, which then "makes people feel guilty about something they have no control over."

Martin's book is being published this week in Italian, with a preface by the Francis-appointed bishop of Bologna, Monsignor Matteo Zuppi, a sign that the message of acceptance is being embraced even in traditionally conservative Italy.