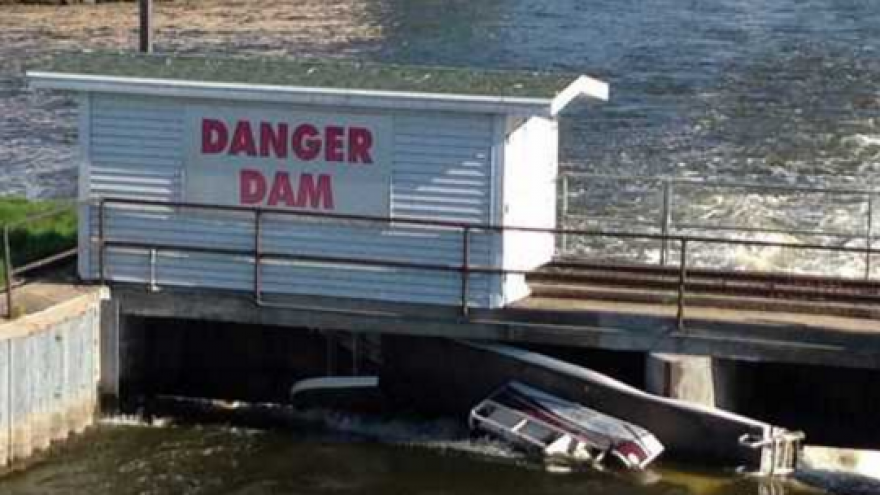 NEENAH, Wis. - (WFRV) Three people are safe after a pontoon boat was pulled into a dam along the Fox River Monday night.

The Winnebago County Sheriff's Department says that it happened at around 9:00 p.m. when the people aboard the boat tried to retrieve a dinghy that was stuck in a safety cable by the Oak Street Bridge in downtown Neenah.

Deputies say the strong current sucked the pontoon into the dam.

According to reports, one man was able to pull himself to safety using the safety cable. They say the two other people went through the dam and swam to safety on the other side. They suffered minor injuries.

The boat was stuck in the dam, and the owner is reportedly working to remove it.