Police: Woman who entered gas station in distress had been kidnapped 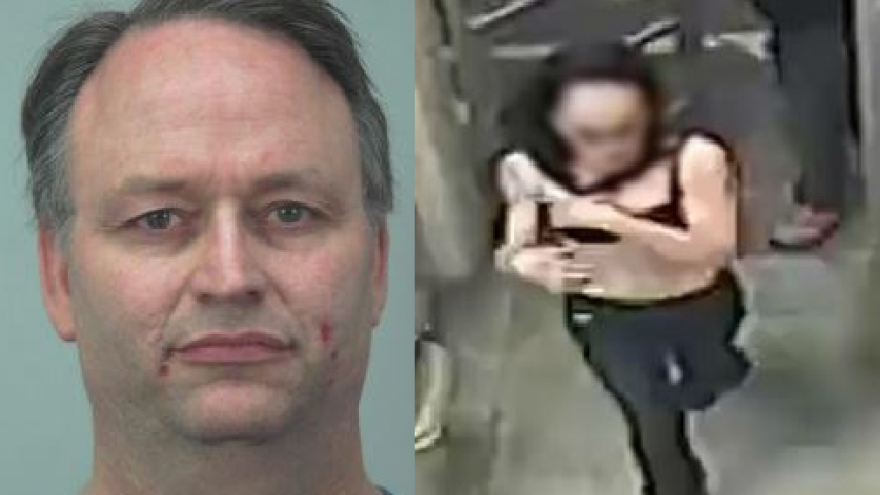 On Tuesday, Monona police released surveillance images of a woman at a gas station. She told people inside that someone was trying to hurt her. Police were looking for her to check her welfare. The woman came into the store partially clothed and appeared in distress. Witnesses called police.

"She had like a sports bra on and it looked like she was holding it like someone tried to rip the strap off or something like that," said Monona Police Chief Walter Ostrenga. "She grabbed a t-shirt then she ran out the door. We couldn't find her"

The woman left before officers arrived.

Thanks to tips received from the public late Tuesday, police made contact with the woman who is a Dane County resident.

The woman reported that she met Levin at a restaurant. He offered her a ride home, but instead, he drove her to Integrity Automotive in Monona where she said he assaulted her.

Police said the woman later convinced Levin to drive her to the Shell gas station at 1220 East Broadway to get supplies. While Levin was inside, she was able to escape.

"This poor girl, luckily she was able to escape. Who knows what would've happened if she hadn't been able to talk herself out of that situation," said Ostrenga.

Surveillance video showed Levin driving away from the gas station. A nearby officer happened to see him drive into Integrity Automotive on Femrite Drive. Police said Levin owns the business.

After speaking to the woman, police were able to find probable cause to transport Levin to the Dane County Jail on Wednesday.