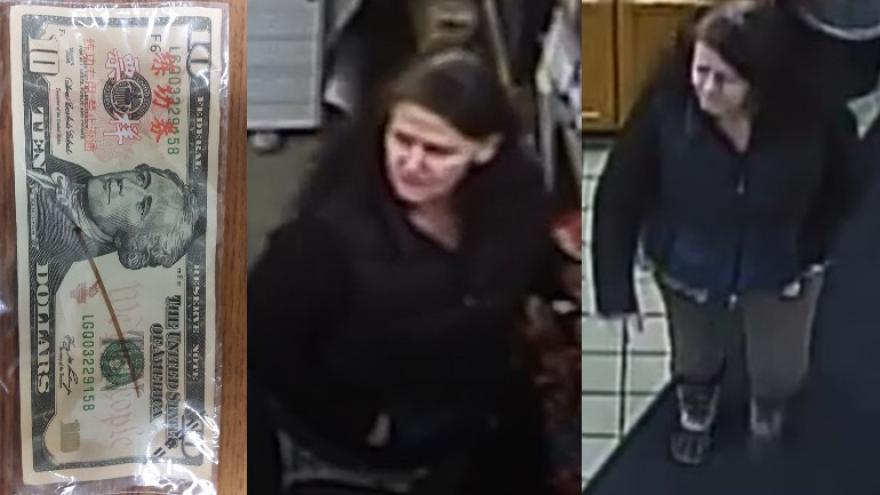 KEWASKUM, Wis. (CBS 58) -- Funny money is circling in Kewaskum. This, after police said a woman tried to use fake $10 bills in two separate incidents.

According to police, a woman attempted to pass a fake $10 bill at a gas station near Main and Kewaskum Streets, but was unsuccessful. The bill had red and white characters printed on it. The serial number printed on it was LGQ03229158.

Police believe the same woman successfully used one of the fake $10 bills at another Kewaskum gas station on Dec. 17.

Anyone with information on the suspect is asked to contact the Kewaskum Police Department at 262-626-2323.