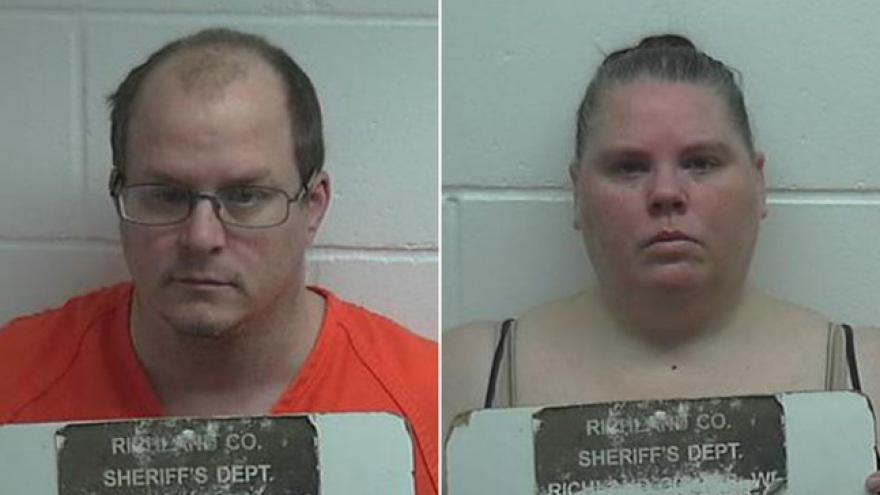 A criminal complaint filed Monday in Richland County court said the girl had been sexually assaulted on at least 10 occasions between Sept. 1, 2017, and Jan. 1, 2018.

Officials said 43-year-old Annette M. Winger made arrangements for her boyfriend, 47-year-old John A. Elder, to sexually assault a 12-year-old child at a Richland Center apartment.

According to the criminal complaint, Winger lied to the girl's caregiver so she could take her to her house where the girl was forced to perform sexual acts on Elder.

According to the complaint, Winger told the girl that Elder "needed good energy (sexual contact) from (the girl) in order to defeat the bad energy that Elder has inside of him. (And) that if (the girl) did not do the things Elder was asking her to do, Elder would become suicidal."

On one occasion, Elder also tried to make the girl watch a pornographic video on his phone, but she looked away, according to the complaint. She told police she could hear the audio from the video. During two of the assaults, he held her down when she tried to get away, police said.

According to the complaint, Winger acknowledged the assaults in emails to the girl in April.

Winger, 43, is facing a charge of felony failure to protect a child.