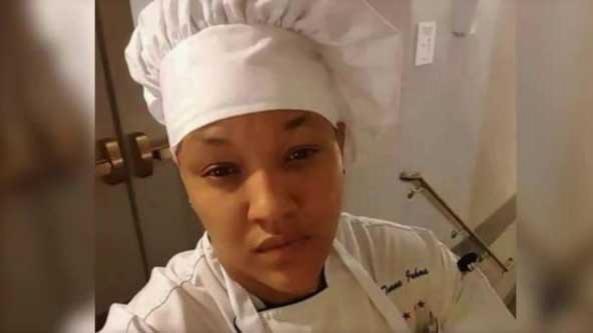 Tyonne "Chef Ty" Johns, 35, of Hopewell, Virginia, was stabbed while cleaning up after the wedding around 10:50 p.m at Fairfax County's Ellanor C. Lawrence Park, following an argument about chairs, according to police.

"As the event came to an end, the verbal altercation continued, and the suspect, the Park Authority employee, apparently stabbed the victim with a knife," a Fairfax County Police spokesperson said.

Johns was taken to the hospital where she was pronounced dead.

"Chairs took my friend's life. She ordered chairs and was just trying to get them back on the truck and he thought she was taking his chairs," friend Seymone Spence told CBS affiliate WUSA9.

Bonds was arrested and charged with second-degree murder. The pocket knife police believe was used in the crime is being held as evidence.

A GoFundMe page set up to cover Johns' funeral expenses claims the killing was a hate crime.

"Lesbian, bisexual, gay, we have to silence ourselves because of someone else being uncomfortable," the woman's friend Eraena Seymour told WTVR.

Police told 48 Hours' Crimesider Monday morning they have not yet determined a motivation.