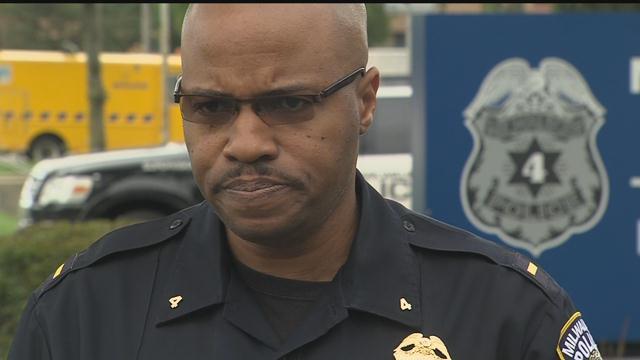 Two crashes happening within minutes of each other-both in District Four.

Police said its young, reckless drivers-and they're out there looking for them.

Before 10:00 AM Thursday morning, a Buick slammed into a DPW truck near 76th and Sheridan.

The driver and his passenger-both died from their injuries.

Just ten minutes later at Teutonia and Good Hope, a car crashed into a box truck.

In both cases, police said the cars were traveling between 70-80 miles an hour on roads where the speed limit is just 40.

Lt. Phil Hanyard with MPD said some young people are under the impression that police are too busy fighting violent crimes to care about traffic-but they couldn't be more wrong.

“We have messaged it to our officers: do traffic enforcement.  We have also put out our radar cars to help enforce the speed limit as well as put out speed signs to get people to slow down,” said Hanyard.