Police Versus Fire Softball games recall the sacrifice of 9/11 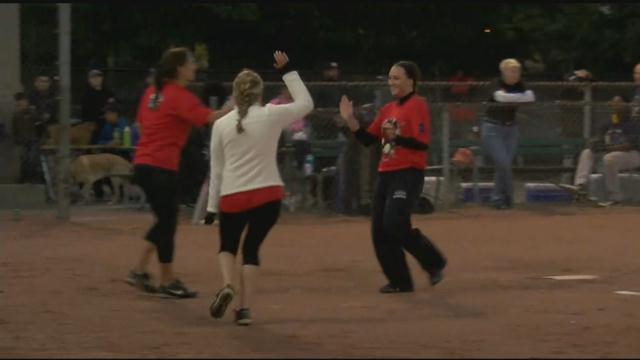 For 52 years the Friday after Labor Day has been the annual Police versus Fire Department softball games.

This year, the event  not only featured the competition and camaraderie between Police and Fire but also a ceremony to honor those who lost their lives during the tragic events of September 11th.

The public was invited to gather at Wilson Park for the games and tributes.

\"When something like this happens, it's reality. It reminds you why we do this job; to help people and do what we can.\"

Baseball was suspended in the immediate aftermath of the terrorist attacks.

Resuming America's past time was seen as a critical turning point as our country moved forward from tragedy.

In the final game of the night,  the Milwaukee Firefighters won in extra innings 19-17.