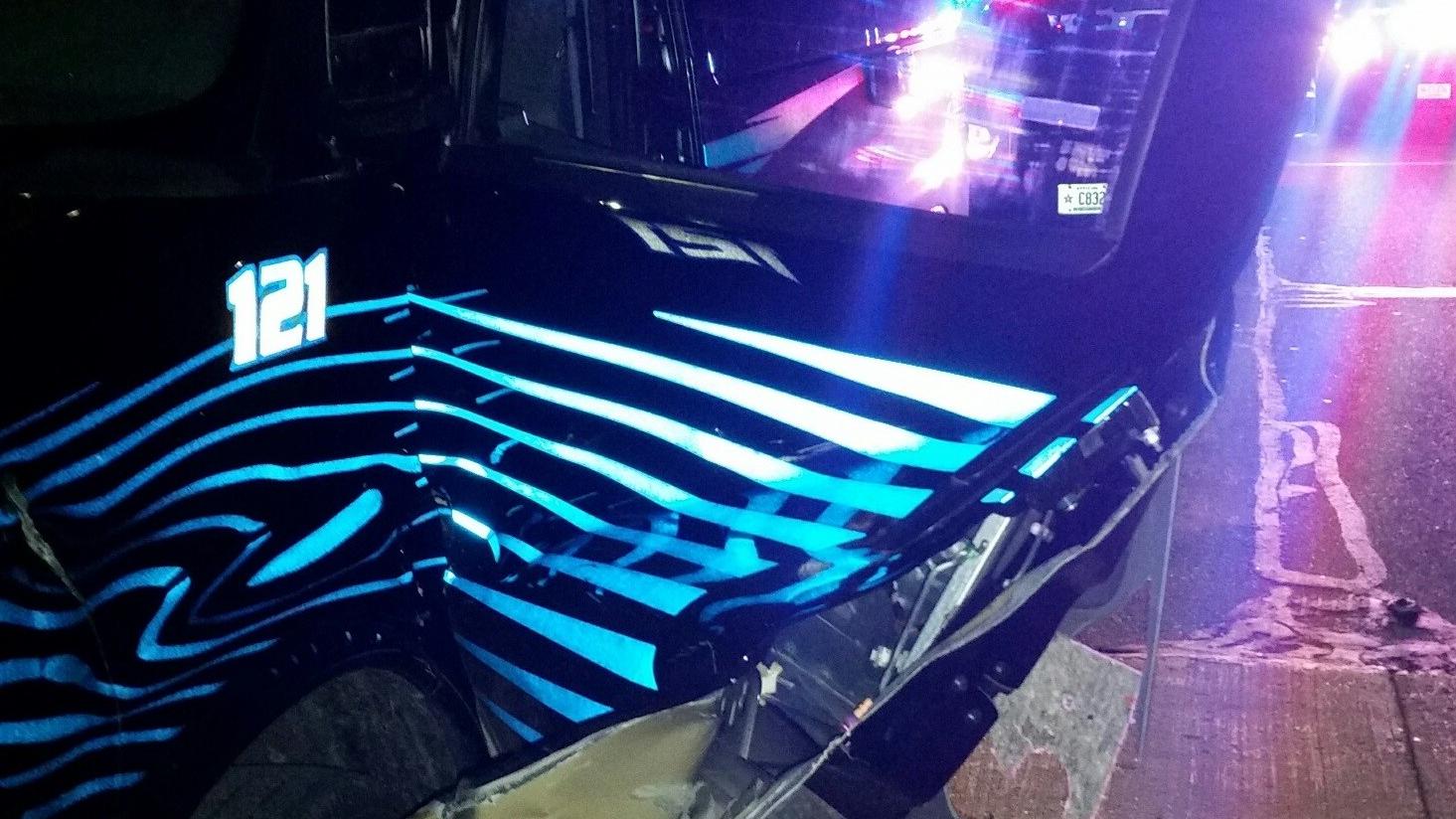 Law enforcement in Racine County are on the look out for a dark sedan driven by a suspect who they said is responsible for a hit and run involving a police squad van.
It happened at 10:23 p.m. near 16th Street and Green Bay Rd.
The officer operating squad 121, a transport van, parked facing east along the curb in the parking lane.  As he was exiting the driver’s door he noticed a vehicle rapidly approaching him from the rear and veering towards the driver’s side of the squad.  They said that's when the officer grabbed the steering wheel and quickly jumped back into the squad just prior to the other vehicle sideswiping the squad, striking the driver’s door.  The suspect vehicle then continued east on 16th Street failing to stop after the collision. The officer was not injured during the incident.  The driver’s door of the squad was destroyed, causing the squad to be towed from the scene and taken out of service.  The suspect vehicle is described as a dark sedan type vehicle. If you have information call police.