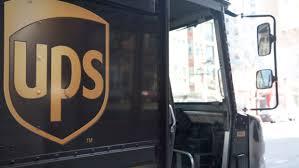 (CNN)A UPS driver who spotted "call 911" scrawled on a package helped police free a woman who had been held captive in her own home and sexually assaulted, authorities said.

"He was a huge help," Franklin County Sheriff's Department Sgt. T.J. Wild told CNN affiliate KMOV.
The driver called police after making a scheduled stop to pick up the package at a home in Robertsville, Missouri, on Tuesday. A SWAT team sent to the house in response to his call took 33-year-old James Tyler Jordan into custody, police said.
Jordan's wife told authorities that her husband had refused to let her leave, punched and slapped her, forced her to strip and sexually assaulted her, court documents state. She said he was holding a gun to her head and threatening to kill her, then himself, when the UPS driver arrived.
Jordan allegedly had her talk with the driver while standing behind her with a gun. Somehow she had managed to write her plea for help on the package, according to the documents.
That's when the driver alerted authorities who were able to take Jordan into custody peacefully.
Jordan's wife said he was armed with a pistol and had access to long rifles, Wild said.
A 3-year-old child was in the home during the woman's ordeal. The child was locked in a bedroom without food or water for 15 hours, according to the court documents.
UPS praised its employee's role in Jordan's arrest.
"We are grateful this UPS driver with more than a decade of service followed protocol when he saw a customer in distress and contacted authorities after he saw her message to contact 9-1-1," the company said in a statement.
"Our drivers are very familiar with their routes, and are trained to be aware of their surroundings and respond to requests for assistance."
Jordan is charged with domestic assault, sodomy without consent, felonious restraint, unlawful use of a weapon and endangering the welfare of a child. He is being held on a $100,000 bond. It was not immediately clear if Jordan has an attorney.
Share this article: