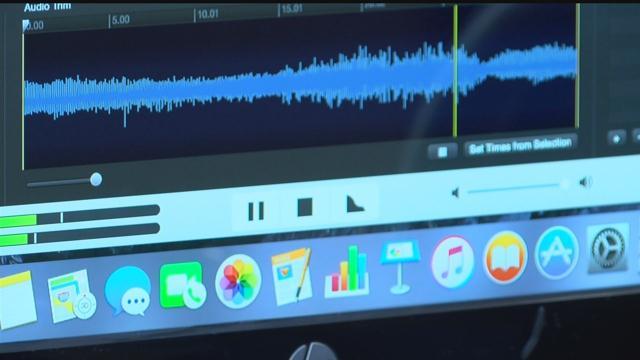 Some big screen special effects will help train the next generation of law enforcement officers in Wisconsin as part of the Waukesha County Technical College training program.

\"Helicopter circling, sirens, police radio, gun shots,” Dweck said. “It's been a process. We've gotten back and forth a little bit and the design iterated down to this mobile system.”

“I've been here piecing it together, making sure it works and showing them how to use it,\" he said.

Dweck has worked with the U.S. Military to help troops detect and avoid IED’s. He's also works for television shows and most recently on the Oscar-nominated movie Selma.

\"I like the creativity,” Dweck said. “It's always an interesting problem-solving experience whether it's putting together a simulator that hasn't existed before or helping directors and producers imagine scenes that they've shot that now need to be finished realistically.\"

Two-thousand miles away from L.A., to the WCTC training facility in Pewaukee, the sights and sounds of Hollywood come to life to better train the aspiring law enforcement officers.

Brian Dorow, WCTC Dean of Criminal Justice, said they also bought backdrops to make it look like a neighborhood in the Midwest.

\"We had the opportunity to go spend some time in Hollywood to see how they make movies, sound production and we started thinking about how do we bring that here?,” Dorow said. “We need that imagination component more in the law enforcement area so instead of being one-dimensional, they can think in a multi-facet way.”

The work on the audio is complete and WCTC is focusing on the lighting and structures. The project is expected to be finished in a year.

“We haven't been able to offer that in the past so we're really excited about this project,\" Dorow said.