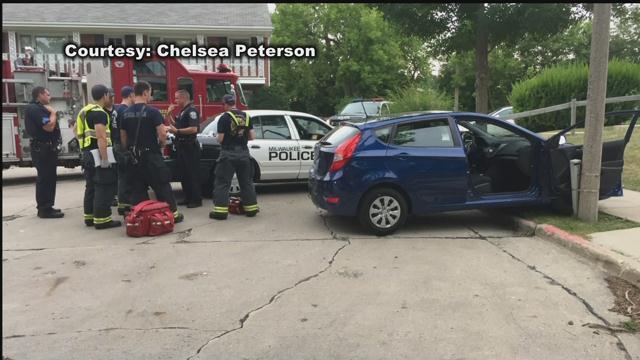 CBS 58—A teenager caught in a stolen car last week told police the car was purchased for $50.

According to court records, 17-year-old Deonte Weathers was behind the wheel of a Blue 2016 Hyundai Accent and led police on a short chase Wednesday night. The car went up on a curb at the end of North 75th street, and four teens inside got out and ran.

Weathers left the car in drive. An officer was injured while trying to put the car in park.

Police say the Accent was stolen from Racine Hyundai earlier that day. The criminal complaint states Weathers admitted to police he was the driver, but said he didn’t steal the car. He told officers another man said he bought the car for $50 and that he figured the car was stolen.

As of Monday afternoon, Weathers was back home, out on a $2500 signature bond. He and his mother declined to comment.

Weathers is charged with Operating a Motor Vehicle Without Owner's Consent.

Another 17 year old boy, along with a 15-year-old and 16-year-old girl were arrested with Weathers.

According to court records the man who Weathers says bought the car has not been charged yet.