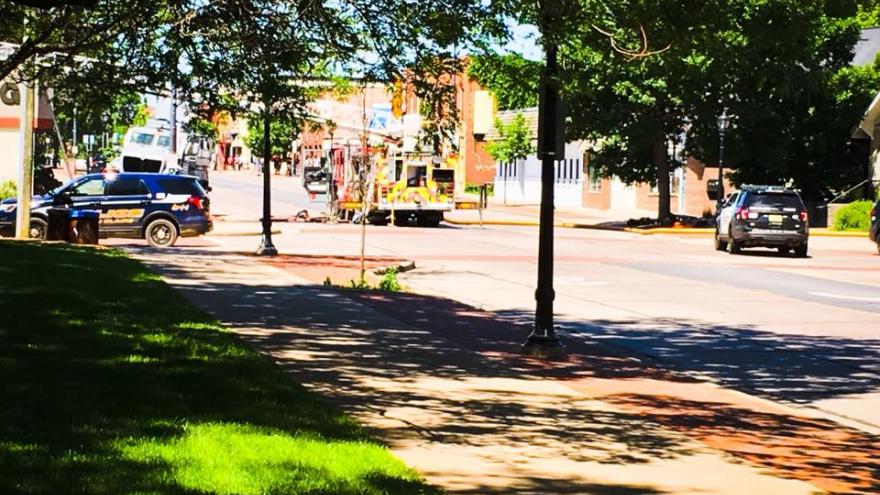 EAU CLAIRE, Wis. (CBS 58) – Police in Eau Claire are still on the scene of a standoff Tuesday morning.

According to the department’s Facebook page, officers were called around 7:00 a.m. to an alarm at the BMO Harris/University Area Housing building on Water Street. When they arrived, the building appeared to have been forced into. When officers entered the building, they say they were confronted by a man who resisted contact and officers chose to leave.

Around 9:00 a.m. police said the Fire Department was called on scene after the suspect allegedly tried to start a fire inside the building. The Crisis Negotiations Team was also called to the scene. About two hours later at 11:00 a.m. officers say they used CS gas to try to get the suspect to come out of the business

At about 12:10 Eau Claire Police officers were able to get into the building and were still investigating. They said smoke from the fire made it difficult. At this time, it’s unclear if the suspect is in custody.

Police gave an update at 3:00 p.m. saying after officers started searching the building, the fire and smoke inside increased and it became unsafe for them to continue. They exited the building and are working with the fire department to figure out the best course of action.

In an update on their Facebook page, the Eau Claire Police Department said at 7:00 p.m. on Tuesday they were able to get back inside the building where they found the suspect dead.