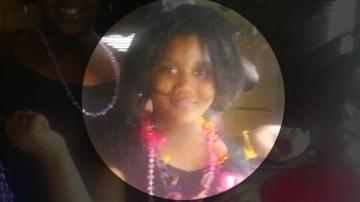 10-year-old Sierra Guyout remains in critical condition  after being shot while she was playing on the playground across her home Wednesday.

Police said they have a suspect, but no arrest have been made.