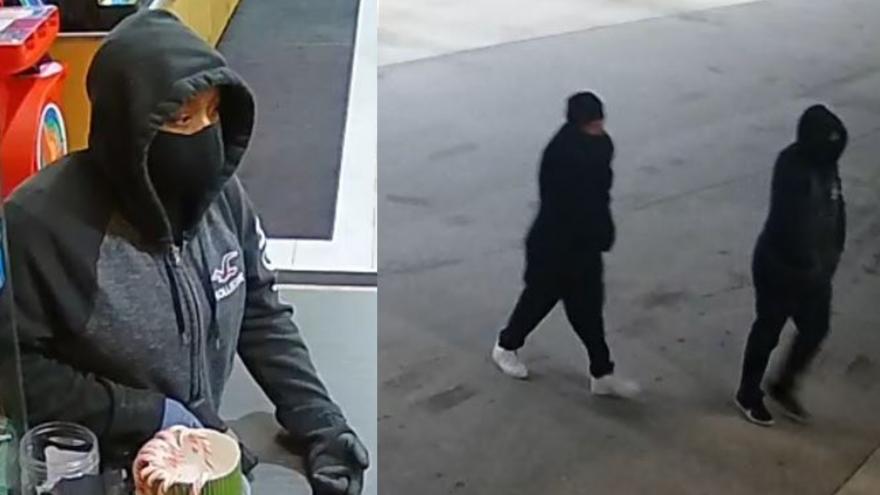 Butler police say two female suspects entered the gas station near 124th and Hampton around 11:39 p.m. One of the suspects displayed a handgun and demanded money from the cashier, while the second suspect stood watch near the entrance of the store.

The suspects then fled on foot southbound towards 126th St. and Derby Pl.

The first suspect is described as a Black female, 5'5" tall, wearing a dark and light, gray hooded sweater with a black facemask and gloves and black shoes.

The second suspect is described as a Black female, 5'5" tall, wearing all black.

Anyone with information is asked to contact the Butler Police Department at 262-446-5070 or email [email protected] to contact Officer Biermann.