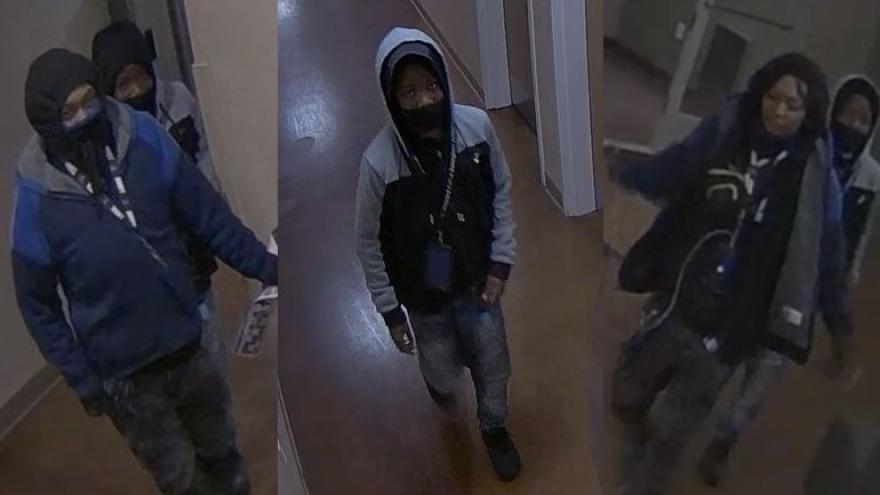 MILWAUKEE (CBS 58) -- Milwaukee police are investigating an arson on the city's northwest side.

A news release from MPD says two people lit a fire inside an apartment near 32nd and Hampton early Monday morning, March 1.

The first suspect is described as a Black female between 16 and 19 years old, with dreadlocks. She was last seen wearing a blue, hooded jacket with orange on the back shoulders, blue jeans, a black facemask and dark-colored camouflage Crocs.

The second suspect is described as a Black male between 15 and 18 years old. He was last seen wearing a gray/black hooded jacket, dark-colored pants, a black facemask and dark-colored shoes.

Both ran from the scene.