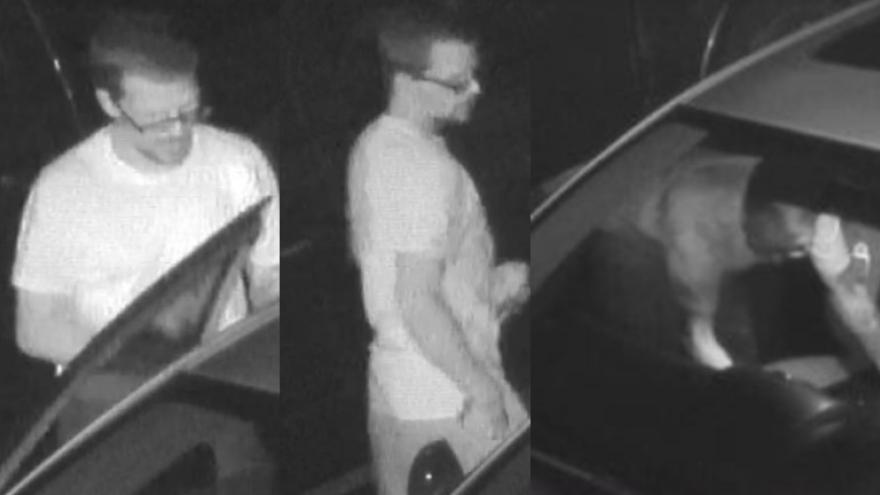 MENOMONEE FALLS, Wis. (CBS 58) -- Police are investigating after a man was seen on video attempting to gain entry to numerous vehicles in Menomonee Falls in the early morning hours of July 7.

Authorities say the suspect did gain access to at least one vehicle around 2:15 a.m. near Rozanne and McKinley Drive.

The suspect is described as a white male, 25-35 years of age, with a goatee, short hair and a tattoo on his left arm/forearm. He was seen wearing light colored shorts, a white T-shirt, and glasses.

Police say video surveillance shows the suspect wiping down surfaces after touching them.

Anyone with information is asked to contact Officer Hall with the Menomonee Falls Police Department at 262-532-8700.