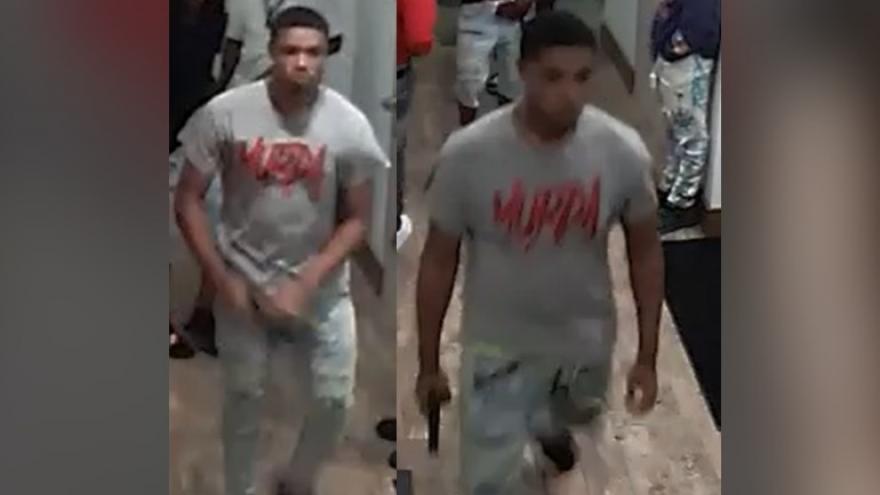 WAUWATOSA, Wis. (CBS 58) -- New photos were released Wednesday, May 19, of a person accused of firing a gun at a hotel in Wauwatosa.

Police want to know if you recognize this man. They believe he fired shots after two groups of people got into a fight.

The incident happened May 2 at the Homewood Suites near Mayfair and Burleigh. No one was hurt.

He was wearing a light gray T-shirt with the word "MURDA" in red lettering across the chest, stonewashed light jeans with several tears and black shoes. He was seen holding a black handgun in his right hand.

Anyone with information on the suspect or the incident at Homewood Suites is urged to contact the Wauwatosa Investigative Division at 414-471-8430 or Crime Stoppers at (414) 771-8672 or using the P3 Tips App.