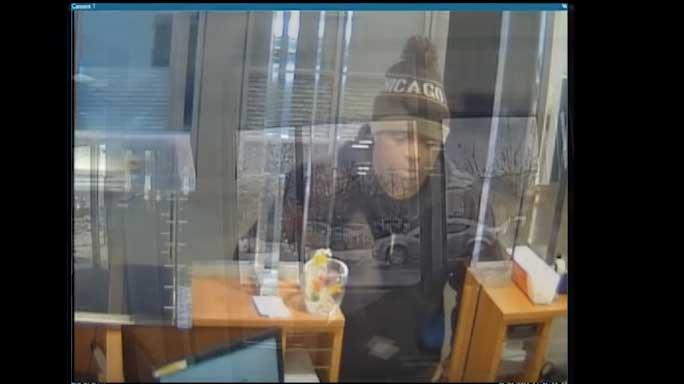 The suspect entered the bank, presented the teller with a note demanding money, obtained the money, and then fled from the scene.

The suspect is described as a black male, in his late 30’s-early 40’s, 6’2”-6’4” tall, with a stocky build. He was last seen wearing a brown knit cap with “Chicago” on it, a black windbreaker jacket and blue jeans.