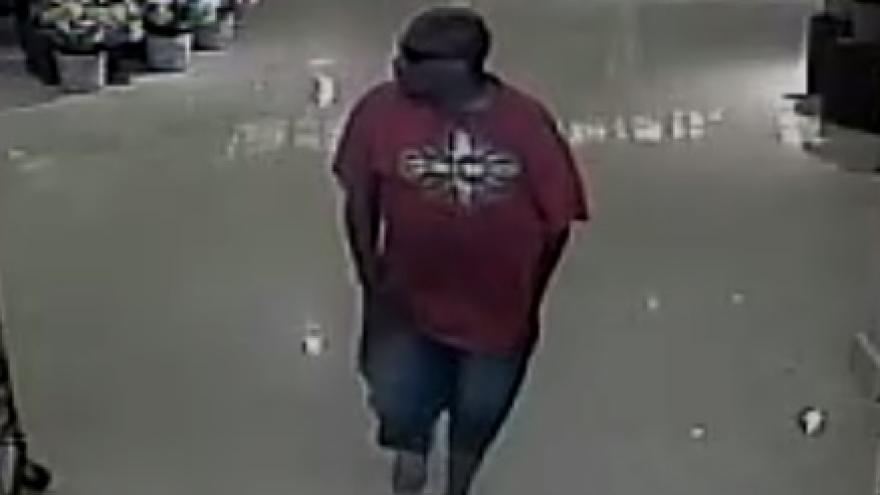 The City of Brookfield Police Department is currently searching for a  suspect who grabbed a purse from the grocery cart of an elderly woman while she was shopping.

According to police, the incident happened on Wednesday afternoon at the Pick 'n Save located on Capitol Drive.

The 88-year-old victim was reaching into a meat cooler when the suspect grabbed her purse and concealed it under the front of his shirt, quickly leaving the store.

The suspect is described as a black male, 40-50 years of age, bald, clean shaven, approximately 5'11 and 200 pounds. He was least seen wearing a red-tshirt with a large logo on the front, blue jean shorts, black socks, tan sandals or flip flops.

The victim's purse is described as a black, medium-sized purse with two straps and a beige pocket on the front. It contained $250.00 in cash and two credit cards. It also contained the victim's driver's license, Social Security card, Medicare, and AARP insurance cards.

Anyone with information on this incident is asked to call the City of Brookfield Police Department at 262-787-3702.