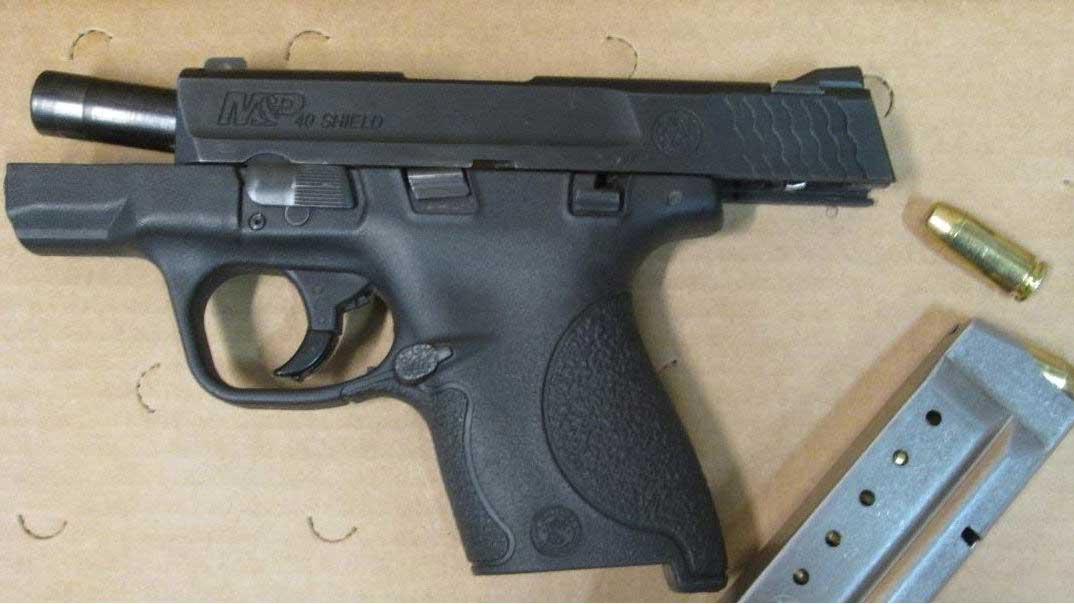 West Allis and West Milwaukee Police Departments recovered firearms, drugs, and a stolen vehicle from Milwaukee suspects after a pursuit.

According to West Allis Police, an officer on routine patrol recently observed a suspicious vehicle in the area of 76th & National in the early morning hours.

Upon attempting to perform a traffic stop on the vehicle, the vehicle fled.

A short pursuit ensued, but was terminated by the officer.

However, another officer was in a position to deploy stop sticks and quickly deployed them succesfully in the path of the fleeing vehicle.

The vehicle eventually crashed in West Milwaukee and two male subjects from the vehicle fled on foot.

Officers from West Allis and West Milwaukee were eventually able to apprehend both subjects, who are residents of Milwaukee.

It was determined that the suspect vehicle had been reported stolen.

Two firearms were located, one of which had been reported stolen. Heroin, cocaine, prescription drugs, and evidence of drug dealing were also located.

Nice job to all officers involved and thanks to West Milwaukee Police Department for the help.